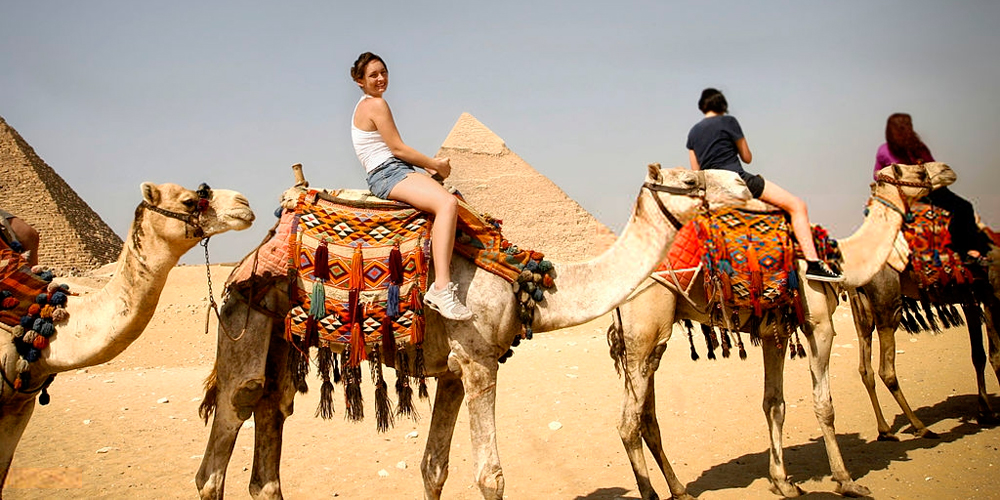 Two Days Trip from El Gouna to Cairo by Bus

Have the time of your life during a 2 days trip from El Gouna to Cairo by bus that will be a trip full of rareness and singularity, which is what the Ancient History of Egypt revolves around. You'll go through a bunch of rare explorations during your trip including exploring Giza monuments such as Giza Pyramids, and the Great Sphinx, along with Cairo highlights such as the Egyptian Museum, Salad El-Din Castle, and many more. Equally more, we’ll offer you our services such as the fairy transition back and forth, our promising tour guide, as well as an elite accommodation besides other facilities. Our agency has come to serve its travelers with diligence since it was first established back in 2004, so book with us as soon as possible!!

Our 2 days trip from El Gouna to Cairo by bus will start off with our driver picking you up from your hotel in El Gouna to start your journey all the way to El Gouna bus station to catch your bus to Cairo, upon your arrival at Cairo bus station, you’ll be picked up by our driver to head to the first landmark of the day with our guide guiding you through the trip:

Giza Pyramids Complex has had an undeniable wealthy position throughout the great history of Egypt since it was first constructed between 2500 BC and 2600 BC. It involves the three hypnotizing Giza pyramids, the Great Sphinx, as well as the six rare small pyramids.

The fascinating structure of the Great Pyramid was stoned up back in around 2500 BC. It was built to be ultimately Gifted to the glorified king Khufu as admission for his diligent efforts during his reign.

The Great Sphinx of 2600 BC is considered one of the most wondrous constructions the Egyptian Civilization witnessed. It has the weirdest architectural combination given its odd architecture that melts two completely different figures into one, which is a human and lion.

The Valley Temple is a well-designed necropolis that was architected back during the 26th century BC. It's stuffed with multiple shrines and cemeteries of old kingdom wealthy royals.

Finish your stroll through Valley Temple, you’ll be invited to a superb lunch at a local restaurant followed by keeping up with your following monument, which is:

is an enticing alluring pyramid that was uniquely established in the 27th century BC out of heavily carved six leveled-up mastabas that come to grip attention.

Saqqara Step Pyramid is an enticing pyramid that was uniquely established in the 27th century BC out of six leveled-up mastabas the pyramid has come to attract every tourist’s mind and eyes.

Memphis City was brought into existence earlier than the thirty-one century BC. It’s such a sensational city that’s been always popular as being the very first capital of Egypt. The foundation of the unique city came from seeking a place to present the sacred Ptah cult headquarters.

After witnessing every piece and corner of the previous monuments, you’ll be delivered to your decided hotel in Cairo for check-in and to stay the night.

As a warm-up for your sequel day in the 2 days trip to Cairo from El Gouna by bus, you’ll have your breakfast at your hotel followed by your check-out and being off to the very first landmark of the day, which is:

It was in 1902 when the Egyptian Museum was completely built, having collections of polished pieces that were still preserved since the reign of the ancient royal.

Wrap your visit to the Egyptian Museum with having lunch at a common local restaurant in Cairo followed by being delivered to the upcoming landmark, which is:

The structure of Salad El-Din Castle was totally set over the span of the twelfth and the nineteenth centuries. The fortress was built as an embodiment of how powerful Salad El-Din was.

During the 2-day trip to Cairo from El Gouna, you’ll come to visit Mohamed Ali Mosque. It's an appendix for  Salad El-Din Castle, and it was built over the course of the nineteenth century.

The Museum includes a fleet of 50,000 filthy rich artifacts that are the ultimate witness to the authenticity of the Egyptian Civilization. It was finally inaugurated in 2017.

Since it was put into construction back between 1382 AD and 1389 AD, Khan El Khalil Bazaar has been considered a diamond among the many prominent jewels in Cairo, it contains lots and lots of Egyptian artifacts and materials such as the papyrus scrolls, the Egyptian costumes being filled with the aroma of the spices

After fulfilling all your desires by wandering through the scattered historical monuments of Cairo, it’s about time to end your 2 days trip to Cairo from El Gouna by delivering you to the Cairo bus station by an A/C vehicle to catch your bus, on making it to El Gouna bus station, you’ll be met by our driver to deliver you back to your hotel in El Gouna safely. 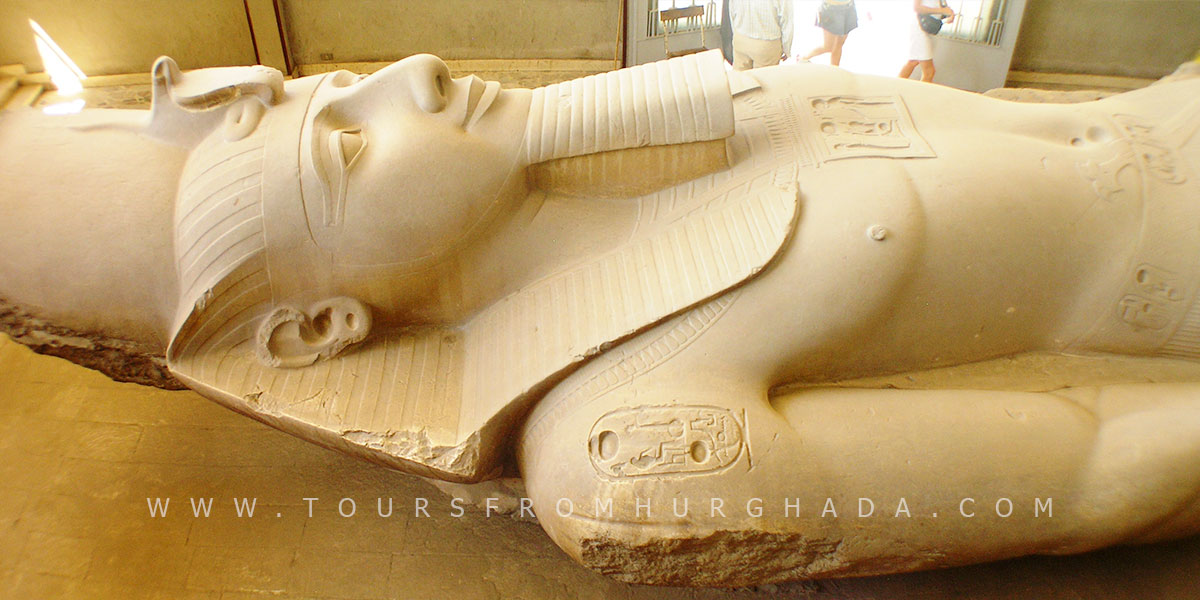 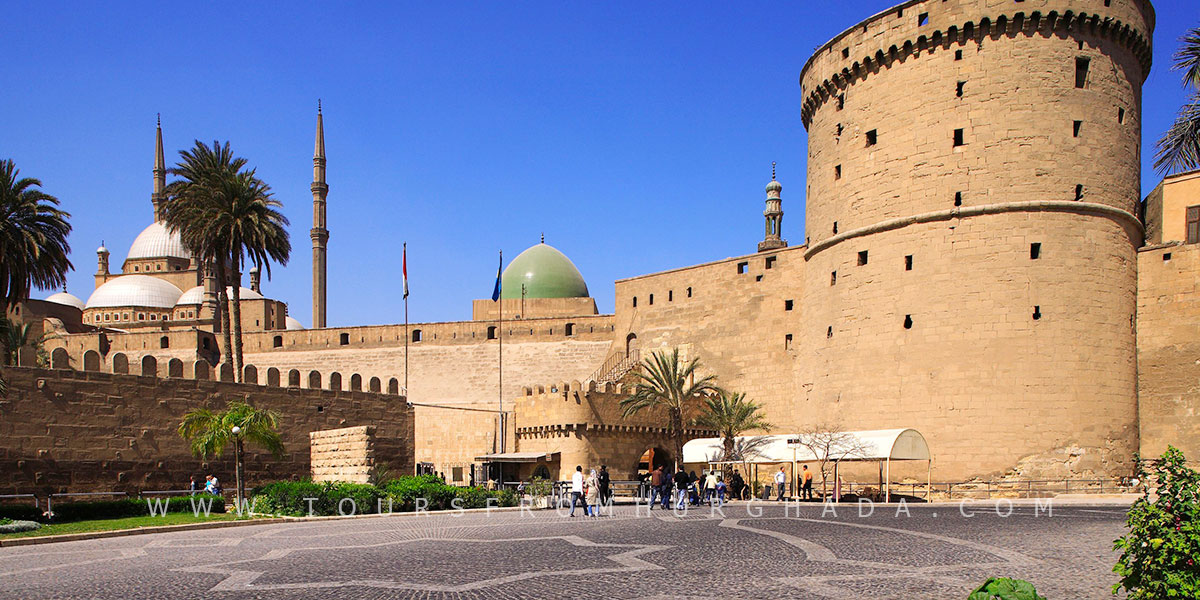 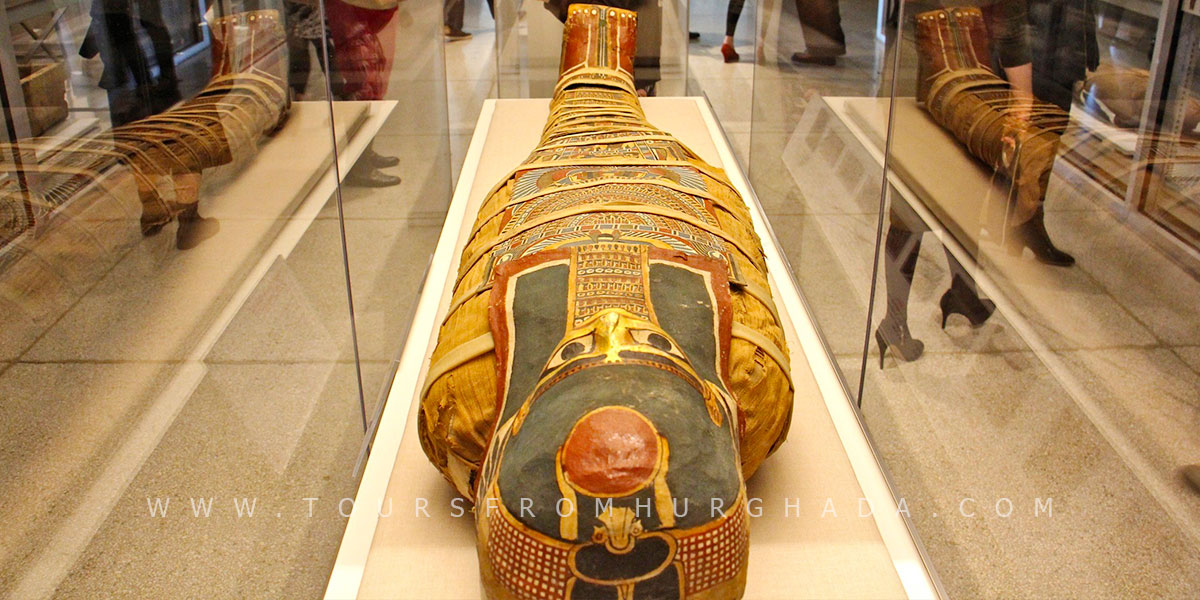 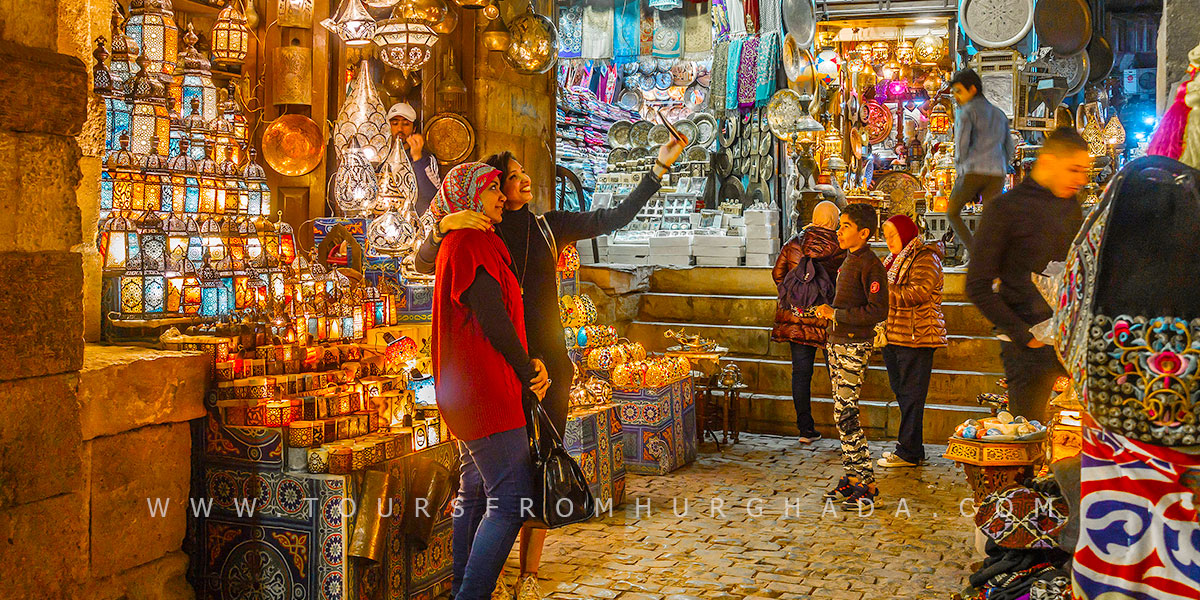 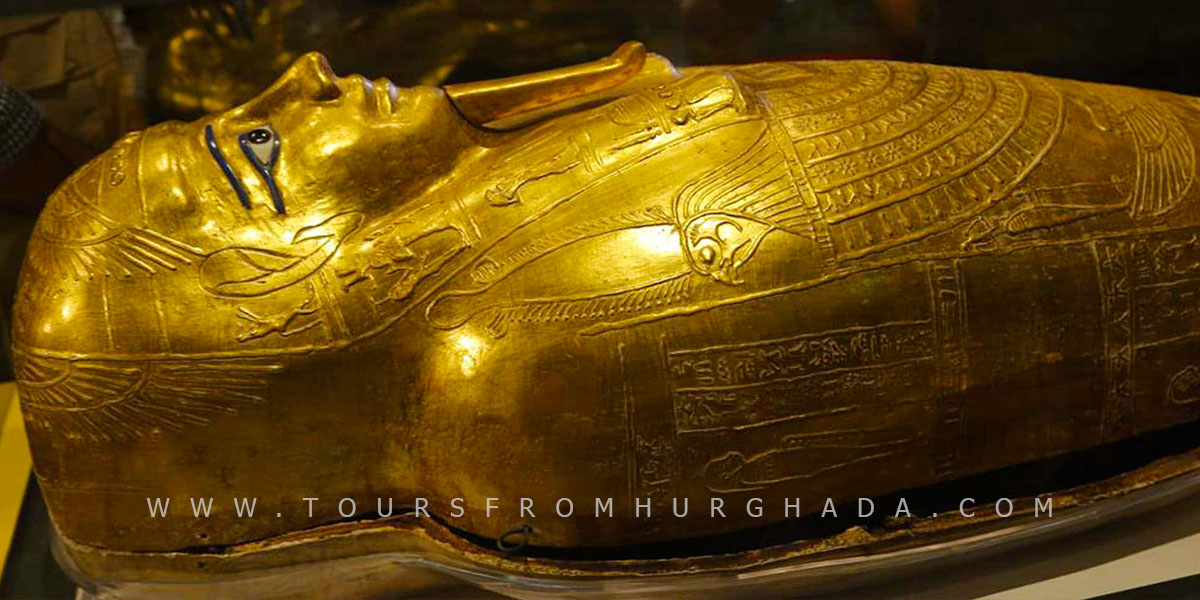