Enjoy our 2 days Cairo & Luxor tour from Soma bay and discover two of the most majestic destinations on earth are just a few steps away from the tropical paradise of Soma bay where beauty and wonders are expressed in the most magical manner. For more than 4000 years, travelers from all over the world have crossed many oceans and land to witness all the tremendous rich nature of these two heavens Cairo & Luxor. Don't miss the chance and book us now.

The 2 days Cairo & Luxor tour from Soma Bay begins when you fly from soma bay to Cairo from Hurghada airport. When you arrive, you will find your private tour guide waiting for you, who will take you to visit:

Khufu pyramid is a living paradox constructed in the old kingdom "2686-2181 BC" in 20 years using 2,300,000 blocks of limestone standing at the total height of 147 m "481 ft" with various intraoral chambers that became a symbol of the genius architecture in ancient Egypt.

The magical Sphinx is a colossal guardian 73 m "240 ft" high and 19 m "66 ft" wide shaped like a mythical creature called the sphinx that has the body of a lion and the head of King Khafre to immortalize his power and wisdom. The Valley Temple The Valley temple is where mummification took place. It is one of the best-preserved archaeological structures in all of Egypt made from limestone, granite. After visiting the Giza pyramids complex, you will have your delicious lunch at a pyramid view restaurant, then continue your 2 days tour to Cairo & Luxor from Soma bay by visiting:

The Egyptian museum is a dimension filled with over 120,000 rare artifacts made from materials like gold, silver & precious gems like the treasures of King Tutankhamun plus a number of displayed mummies and art exhibits. At the end of the day, you will transfer to check in your hotel in Cairo for overnight.

Day 2: Discover Luxor Attractions them Return Back to Your Hotel

In the second, you will have your breakfast check out from the hotel, continue your 2 days Cairo & Luxor trip from soma by exploring all the magical attractions of Luxor such as:

Karnak temple was constructed more than 4000 years containing three main temples & several enclosed and outer temples. It has been one of the biggest religious man-made constructions on earth for more than 1500 years and the worship the Theban triad of Amun, Mut, & Khnsou. You will have your lunch on a Nile view restaurant, then continue your 2 days trip to Cairo and Luxor from Soma bay by exploring: Hatshepsut Temple Hatshepsut temple is the most beautifully preserved temple of ancient Egypt built by Queen Hatshepsut to honor herself the creator god Amun. The unique design of the temple is built on the style of Classical Architecture of the new kingdom on three levels with two wide ramps in a central position joining all the levels together.

The Valley of The Kings

The Valley of the Kings contains 63 tombs some of which are 20 tombs of kings and queens from the 18th, 19th, 20th dynasties of the new kingdom "1570-1070 BC" such as Rameses the great, Amenhotep I, Hatshepsut, and Tutankhamun filled with extraordinary treasures, artifacts, and everything that they could ever need in the afterlife, mesmerizing decorations, and mummies

Colossi of Memnon are two great statues of quartzite sandstone watching at the entrance of Luxor at the height of 18 m (60ft) weighing 720 tons resembling Pharaoh Amenhotep III "1386-1350" that was destroyed by a large earthquake in 27 BC and reconstructed in 199 AD. Finally, you will catch your flight to Hurghada thus ending your 2 days Cairo & Luxor tour from Soma Bay. Note: If you didn’t find what you are looking for, then you can check our Soma Bay excursions again to get your dream tour. 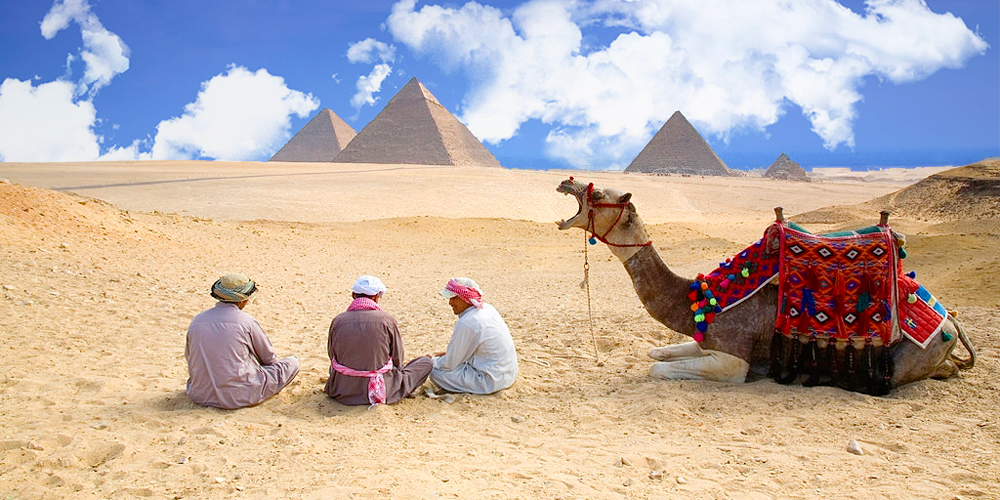 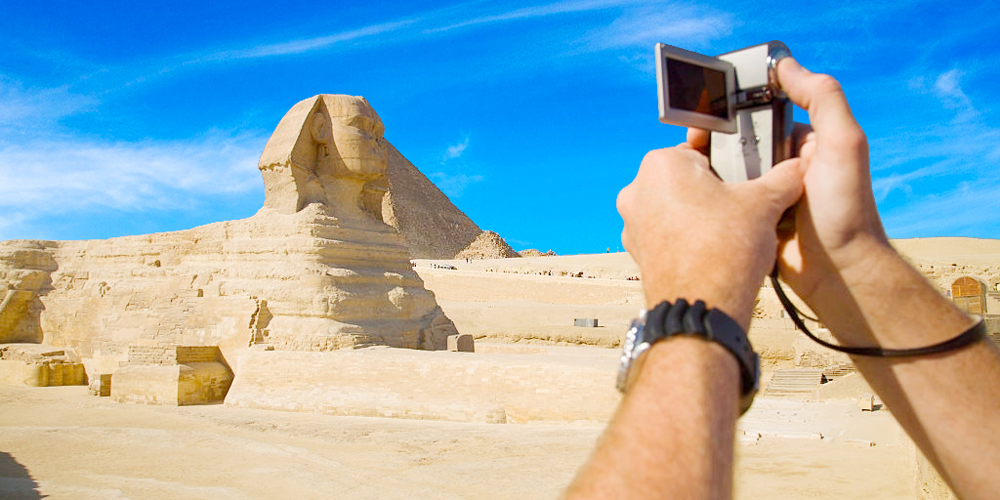 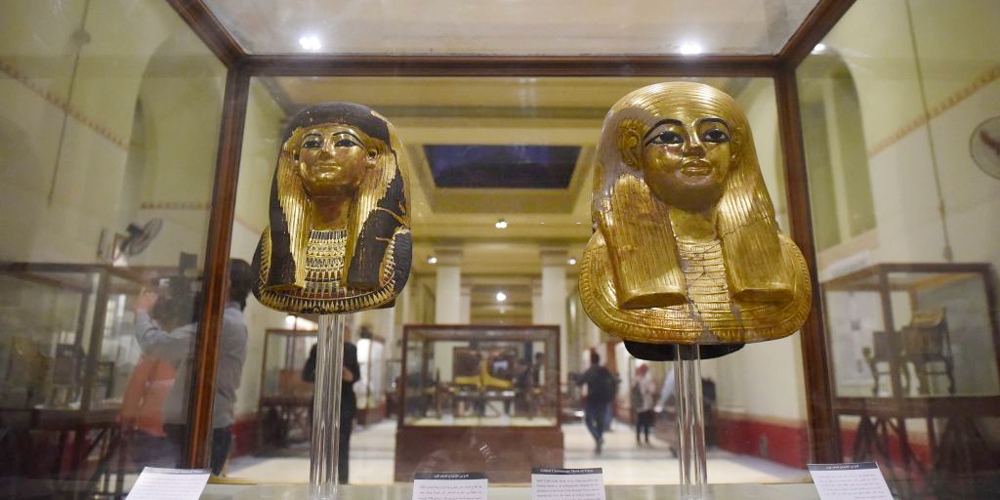 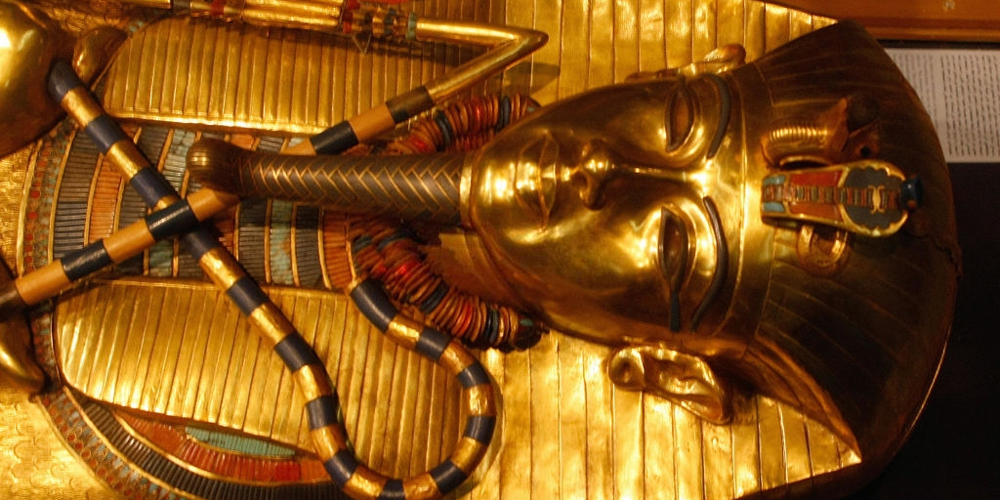 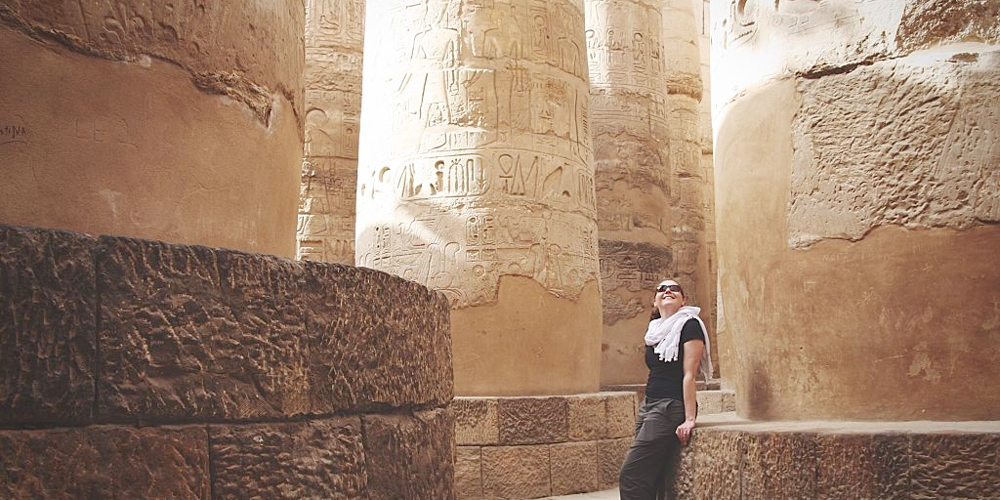 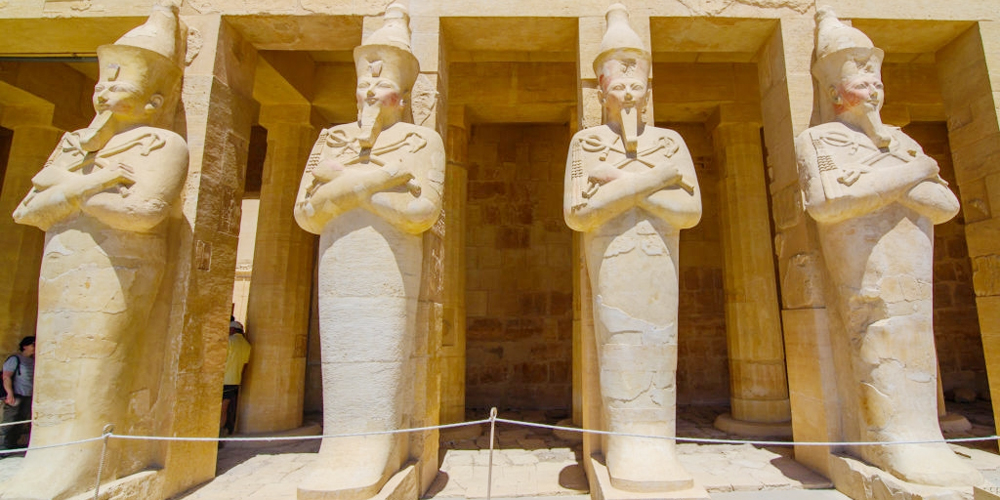 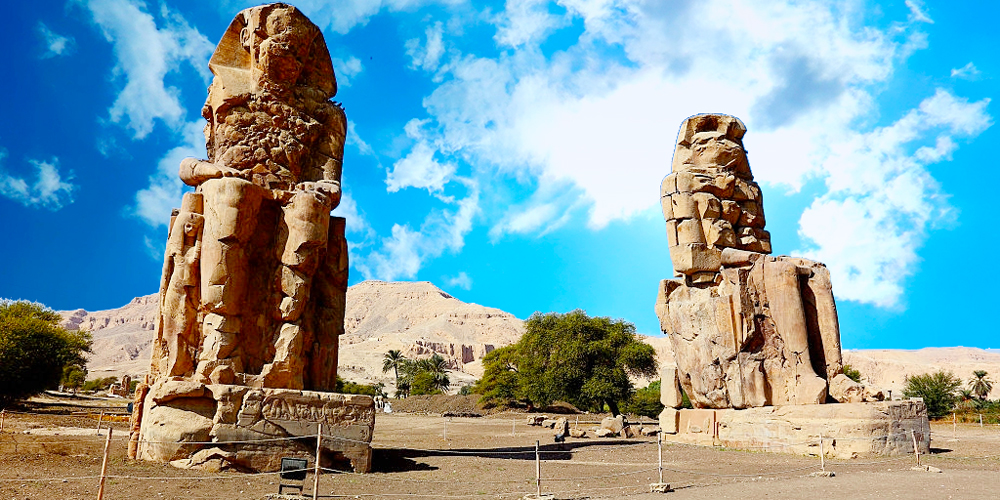