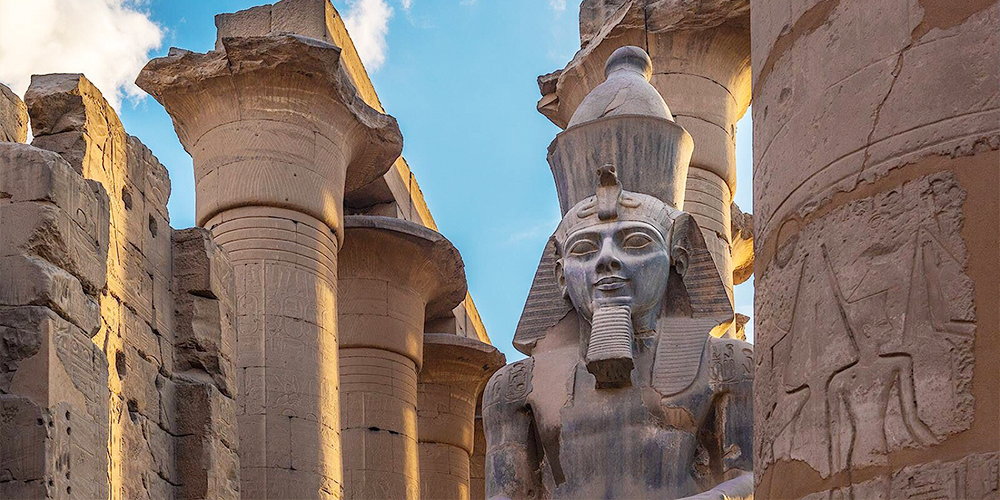 Book our two days trip to Luxor from Soma Bay and enjoy the true beauty of the magical golden city of thousand doors Luxor, which has transformed for the course of more than 3000 years and blessed with various archaeological sites created by celestial beings from the heavens to showcase the true wonders of the ancient Egyptian civilization.

In the early morning, you will be picked up from your hotel in Soma Bay by a private A.C car to the city of Luxor where you will meet your personal tour guide waiting for you to start your two days trip to Luxor from Soma Bay by visiting:

Karnak temple was constructed more than 4000 years on 247 acres of land where it holds three main temples & several enclosed and outer temples which serves as one of the biggest religious man-made constructions on the plant for more than 1500 years and the worship the Theban triad made of Amun, Mut, & Khnsou. Then you will move to have your lunch which will be served in a local restaurant in Luxor with a Nile view, then you will move with your tour guide to check-in at a 5*hotel to refresh yourself and in the evening, you will have the chance to enjoy a tour to sound and light show at Luxor temple where all the monuments are resurrected and the historical birth of the city of Thebes is narrated in the most spectacular fashion. You will listen to the poetic descriptions of the divine treasures, artifacts and immortal legacy surrounding Luxor temple.

Luxor temple is a lunar miracle from above constructed in the 1400 BCE during the reign of Pharaoh Amenhotep III where it was known as "Ipetresyet" which means “the southern sanctuary” and the host of various festivals including the Opet festival. It was dedicated to the God Amun which symbolizes the rejuvenation of kingship. Finally, at the end of the day, we will transfer you back to your hotel in Luxor for the overnight.

In the second day of your trip, you will have your breakfast and check-out from the hotel, then meet your tour guide who will accompany you to discover:

The place where the heavens were entered by royalty, Valley of The Kings contains 63 tombs some of which are 20 tombs of kings and queens from the 18th, 19th, 20th dynasties of the new kingdom (1570-1070 BC) filled with extraordinary treasures, artifacts, and everything that they could ever need in the afterlife, mesmerizing decorations and the remains of pharaohs such as King Rameses II, Amenhotep I, Hatshepsut, and Tutankhamun. The Valley of the Kings was dubbed as a World Heritage Sites of the UNESCO in 1979.

It is the most preserved temple of ancient Egypt built for honoring the great legacy of Queen Hatshepsut and to the creator god Amun. The design of the temple is a piece of brilliant design built on the style of Classical Architecture of the new kingdom on three levels with two wide ramps in a central position joining all the levels together.

Colossi of Memnon are two colossal statues of quartzite sandstone watching at the entrance of Luxor at the height of 18 m (60ft) weighing 720 tons each resembling Pharaoh Amenhotep III(1386-1350) that was destroyed by a large earthquake in 27 BC and reconstructed in 199 AD plus it was moved from Cairo to Luxor for 700 km. After that, you will have your lunch on a Nile view restaurant before returning back to your hotel in Soma Bay by a private air-conditioned car. If you didn’t find what you are looking for, then you can check our Soma Bay excursions again to get your dream tour. 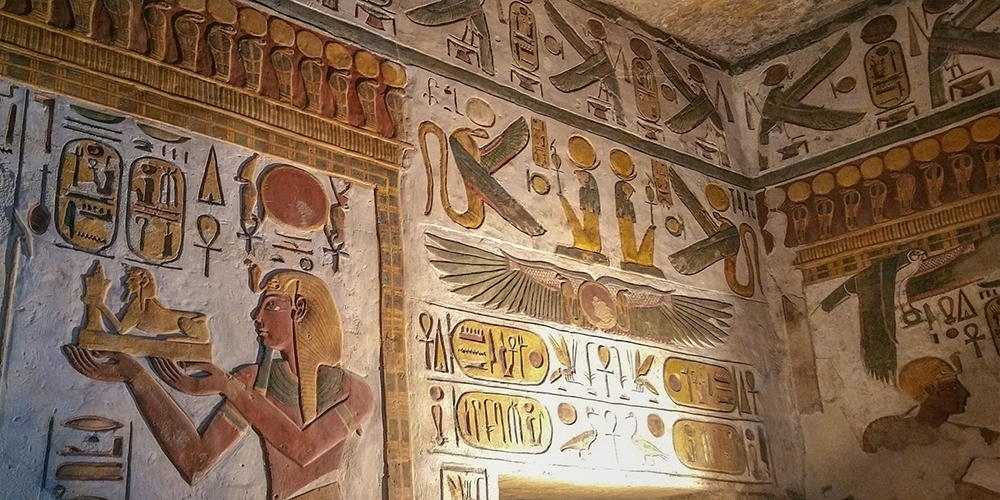 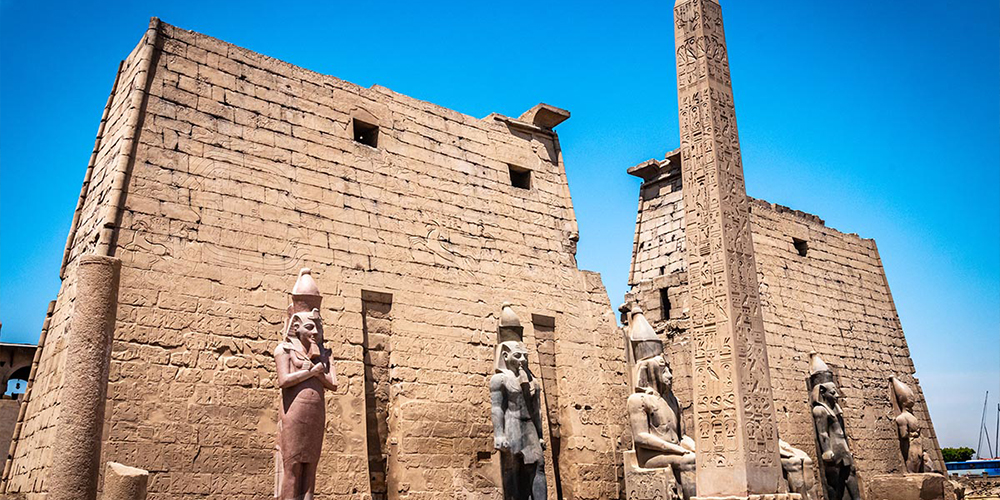 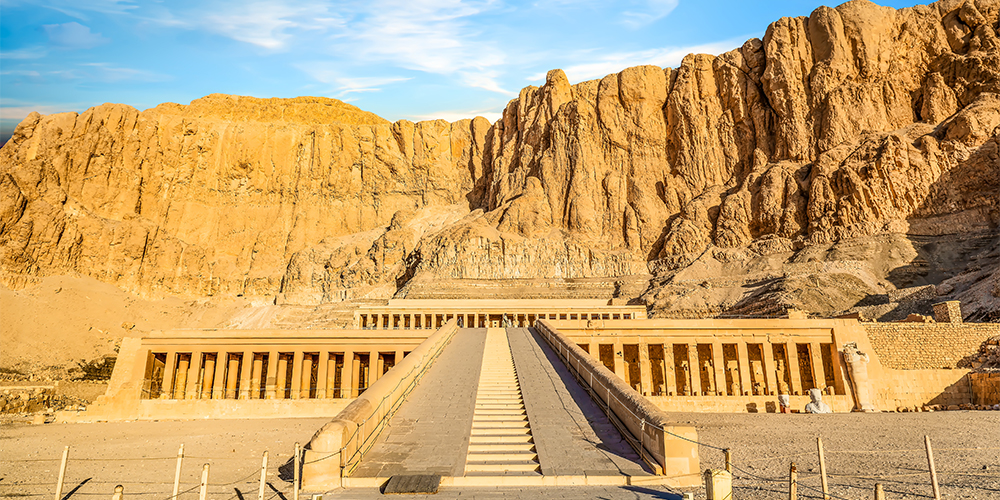 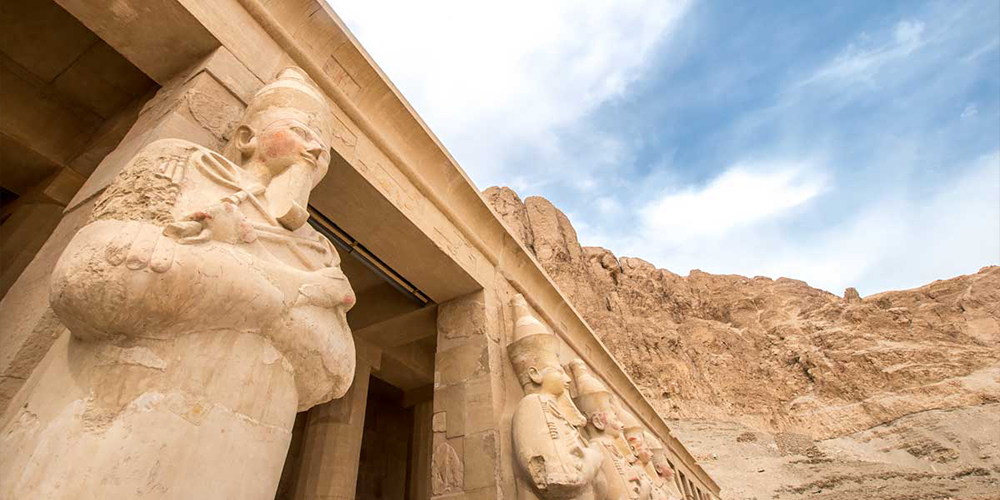 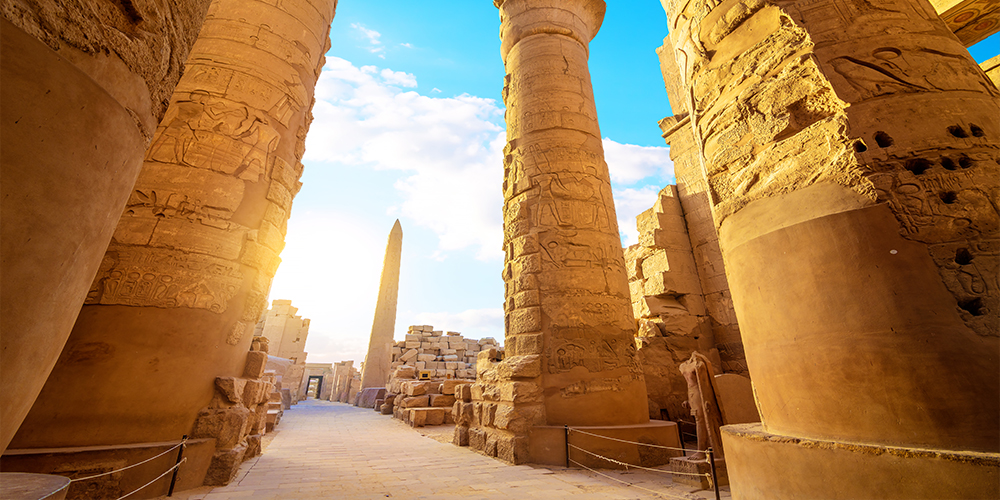 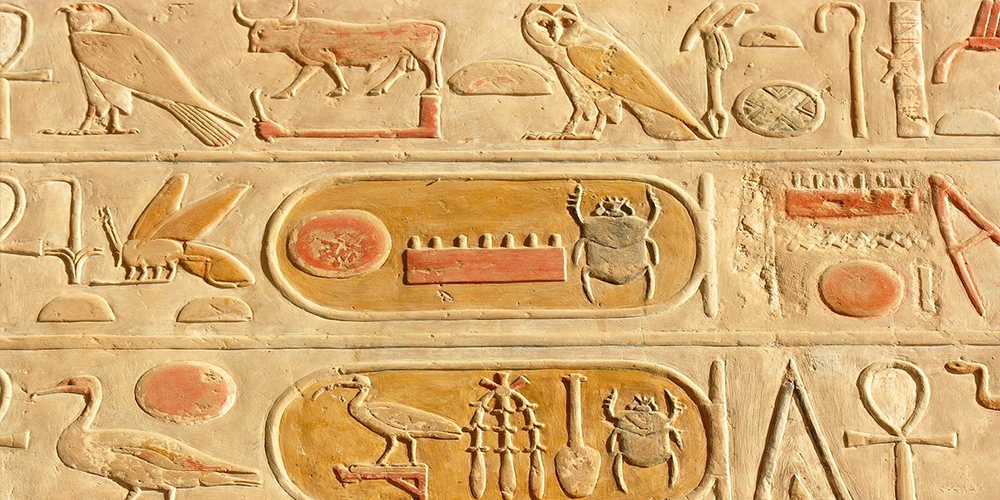 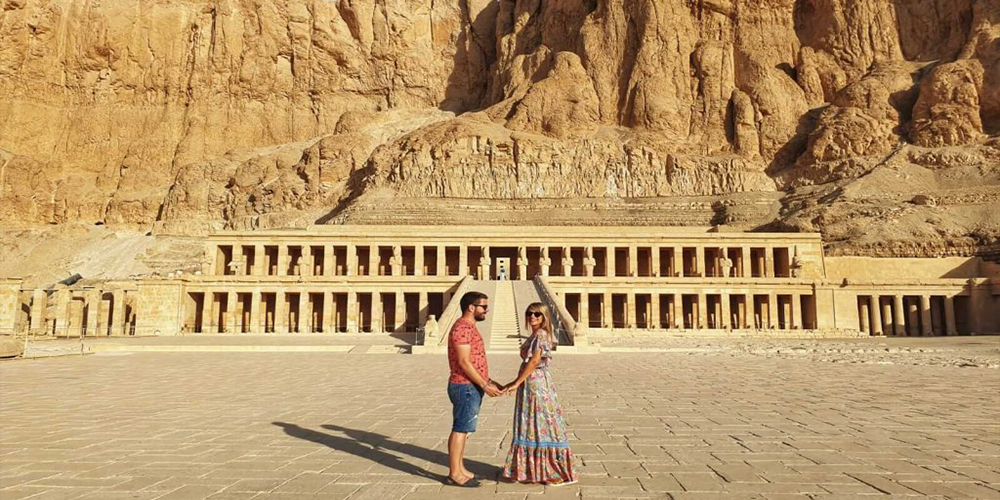 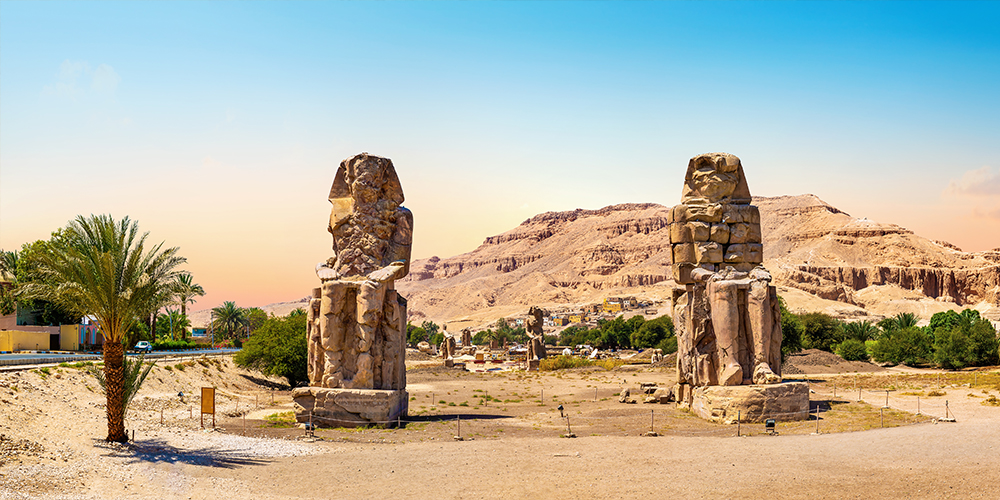