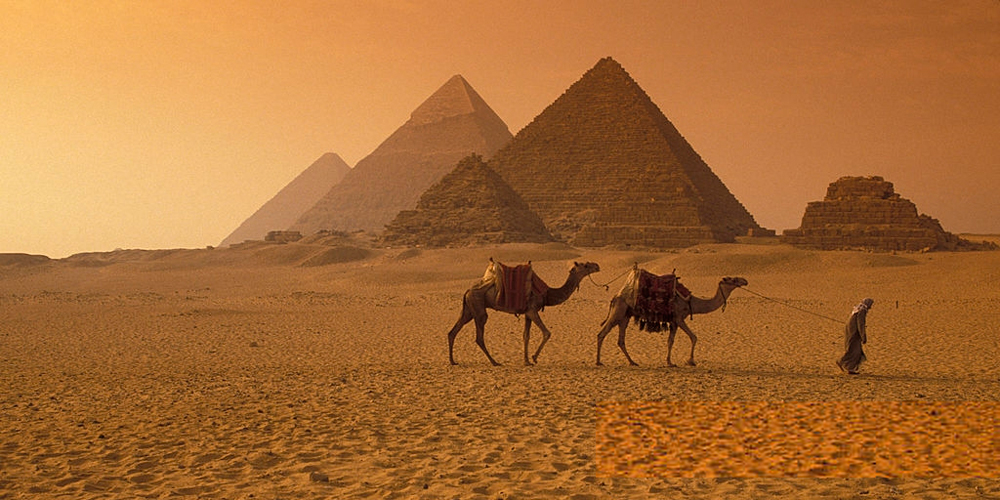 The 2 days Cairo & Luxor tour from El Gouna is set to fill you wholly with engraved memories. Not only that but also, your trip will be full of adventures between the details of the Ancient History of Egypt. It's prepared for you to treasure every aspect of the most common Cairo highlights. Further, you'll visit the Giza Pyramids Complex, the Egyptian Museum, and others in Cairo. As a closure, you'll wander through Luxor highlights. You'll have your chance in seeing the Valley of the Kings and Temple of Hatshepsut alongside more. The trip offers good services such as private vehicles, a refreshing lunch, a 5* accommodation, and an Egyptologist tour guide, so book with us immediately!!

Your very first day of the 2 days Cairo & Luxor tour from El Gouna will start off with being picked up by our driver all the way to Hurghada Airport to get aboard the plane heading to Cairo Airport, on your arrival, you’ll be delivered to your first landmark of the day by an A/C vehicle to get united with your guide of the day, initiating with roaming the following famous sight:

The Giza Pyramids Complex used to turn heads since it was first constructed back between 2500 BC and 2600 BC. The peerless architecture of the complex built up its reputation because of its rare inclusions. It includes sculptures of the sphinx, the three exceptional pyramids, as well as the six small pyramidal constructions.

The Great Pyramid was established in an incomparable way to serve as a devotion to the Great King, Khufu, in around 2500 BC. Its enigmatic structure is propped by a tongue-tying collection of 2,3000,000 undistorted and sound stones.

A one-of-its-likes architecture creation you’ll be welcome to see is no other than the Great Sphinx. It was constructed back in 2600 to be devoted to King Khafre. Its limestone figure links King Khafre’s face alongside a body of a lion.

The 26th century BC was the first appearance of the Valley Temple. The fascinating valley was an incredible witness of the mummifying operations that the historical royals of ancient times experienced.

As a rest after ending your roaming through the Valley Temple, your lunch will be served to you at a Nile/pyramid view restaurant in Cairo, then we’ll pick up our exploration where we left.

The grand walls of the Egyptian Museum host a number of priceless items. It was strikingly built back in 1901 to have a secure position among other genuine museums in Cairo.

As the day comes to a close, you’ll be guided to Cairo Airport to catch your flight to Luxor, on making it to Luxor Airport, you’ll be accompanied to your decided hotel for the check-in and stay the night.

The following day of the dashing 2 days trip to Cairo and Luxor from El Gouna will start with picking you up after having your savory breakfast at your hotel in Luxor and checking out, then head directly to the first sight of the day with your guide, which is:

The jaw-dropping number of tombs in the Valley of the Kings has shaped an aura for the valley that can be more authentic. Among such tombs was Ramesses II’s, Amenhotep I’s, and Hatshepsut’s along the side with Tutankhamun’s. They have located in the valley from the 11th to the 19th centuries BC.

The temple of Queen Hatshepsut required cycles of years to be finally established in 1979 BC. in the temple’s very core, you can gaze at the carves belonging to her on every side and corner of the walls. Further, the temple was gifted as devotion to Amun, the god of the sun.

Colossi of Memnon is on a whole another level of greatness when it comes to witnessing it in reality. Its greatness is shown in the sensational way in which it’s standing, which resembles a king ascending the crown. It was architected back in 1350 BC to be dedicated to Amenhotep III.

It's about time to have your fancy lunch on an island, then you’ll be delivered to your next and last monument for the trip, which is:

Our 2 days tour from El Gouna to Cairo and Luxor won’t come to a fold without wandering through the Karnak Temple. The duration when the building became completely built was between 2000 BC and 30 BC. The mighty creation was devoted to the gods Mut, Amun as well as Khonsu.

At the very end of your 2 days trip to Cairo and Luxor from El Gouna, you’ll be delivered directly to your hotel in El Gouna by an A/C vehicle.