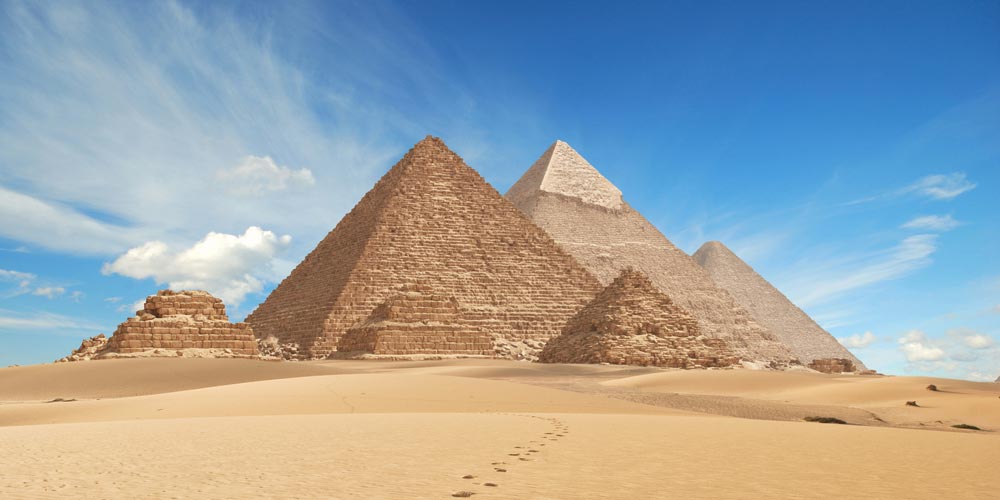 Best of Egypt from Makadi Bay

Your 3-day Egypt highlights from Makadi Bay include two different, though, linked sides of the most elite polished coin. On the first side, you’ll have a marvelous rollercoaster between Ancient Egyptian Civilization’s most precious monuments. Take your time analyzing the details of Cairo Milestones from the Giza Pyramid Complex to the Great Sphinx, and more in Cairo, and Abu Simbel in Aswan, alongside the Valley of the Kings and Hatshepsut Temple and more in Luxor. Book with us to win the supremacy of our services, which are the second side of your adventure, from the rich accommodation to the guide, and the meals besides other facilities!

Day One: Transfer from Makadi Bay to Cairo by Plane - Fly to Aswan

Start your 3-day trip by delivering you to Hurghada Airport to have your first-class flight to Cairo. Arrive there and be met by our rep, then be delivered to meet your Egyptologist guide, and start your visits to the following milestones:

Giza Pyramids complex is the most striking ample square space that, since it was constructed between 2500 and 2600 BC, has been conspicuous for its structural concept. The complex was brought into existence due to the graceful efforts of three largely Nobel Kings, Khufu, Khafre, and Menkaure that claimed the complex as their tombs’ headquarters. It has the marvelously constructed, Great Pyramid, on its ground, that the tourists have seen no equal to.

2600 BC is when it was first announced the dominance of one of the Ancient World’s Wonders, the Great Pyramid.  Khufu, the Great Pyramid’s Founder, must have followed a high-quality structural pattern, with 2.3 million stones defining its construction that’s such an unmatched phenomenon. It’s the Cemetery of King Khufu, which is the depiction of extreme power and intimidation.

It was “The Master of Enigmatic Carvings” the golden idea that crossed Khafre’s mind while building the Great Sphinx in around 2500 BC. He applied all that defines power and protectiveness to the construction process of the Great Sphinx, which gained it the credit of being the Giza Pyramid Complex’s Fallen Guardian. It was established in an accurate manner that links human and lion figures into one.

The valley was constructed from the inside out in a way that seeps reverence and sublimity, during the 26th century BC. King Khafre put it into construction to draw one mummification process after another to build his way, alongside his royal dynasty, toward forever and immortality. Visit the Valley Temple and get in a gown of historical superbness and authenticity.

Don’t let the chance slip and have the most mouthwatering lunch ever at a pyramid-view restaurant, and continue with your 3-day tour by delivering you to Cairo Airport to catch your flight to Aswan. Check-in your hotel in Aswan, and stay the night.

Don’t miss such a magnetic start on the second day of your trip, check out and start packing your breakfast boxes, and be transferred to Abu Simbel to meet your guide and visit the sight there.

Ramses II dedicated godly efforts to building Abu Simbel Temple during the 27th century BC. It’s a complex that’s far more hypnotizing than the mind has ever imagined, with its two striking temples that belong to Rameses II and his Nobel wife, Queen Nefertari. The temple is designed following a well-detailed construction scheme that’s full of aesthetical and sublime essence.

Finish your day two of the trip by being transferred to Luxor by a first-class train from Aswan to check in your hotel in Luxor and stay the night.

Begin your third day, fabulously, by being delivered to the first breathtaking sight of the day to meet your guide and begin exploring the following:

The Valley of the Kings introduces us to a collection of the most historically and artistically genuine elements, ever, all embodied, with utmost care and skill, by the Ancient Egyptians, from approximately 1539 BC to 1075 BC, in each of the valley’s carvings. It’s split into two valleys, the East Valley has those kinds of sculptures that are built in a way worthy of millions of years of appreciation, dedicated to Ramses II, Tutankhamun, and Seti alongside other figures of the18th, 19th, and 20th centuries BC Dynasties.

Colossi of Memnon was carved with unmatched archeological skills and steps that were put in order, in 1350 BC, to stone-depict one revered pharaoh of the 18th Dynasty, Amenhotep III. It’s double hefty stunning stones that weren’t, by any means, built in a short period of time. The two stones, as if they were given celestial orders, work as a guardian to the pharaoh’s Temple.

The means of carving Queen Hatshepsut applied to construct her temple in 1479 BC, are dominated by preservation and invincibility concepts, in a way that’s both tangible and intangible. Hatshepsut Temple has more than one value, historically and aesthetically, one value is shown in the sculptures it embraces for her majesty in the forms of a sphinx, a pharaoh, and the God Osiris. Another value is being devoted to Amun.

Get on a boat to an island for the most refreshing lunch ever, embraced by the tickling air of the Nile River, and then continue your tour to the last blissful site of the day, which is:

Ramses III, gathered the most authentic building materials ever to bring the Karnak Temple into existence from 2000 BC to 30 BC. It was greeted as the most significant religious temple built ever for royals to perform holy rituals. Inside the temple, you’ll get hints of how strong the relationship was between God Amun, and Khonsu alongside Mut on one hand, and the temple, and how they left a holy trail behind to linger.

End your 2-day tour by being transferred back to your hotel in Makadi Bay by an A/C vehicle, safely.