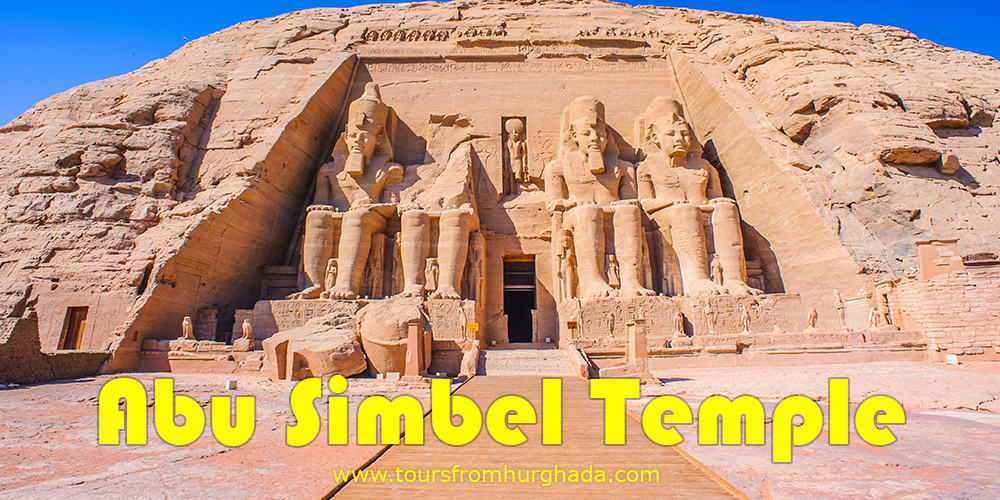 The majestic Abu Simbel temple acted as the final frontier of Egypt, a passage to the heart of Africa and the house of solar miracles. The temple was used to stand as an example of the grandeur and greatness of ancient Egypt and also as a warning towards their neighboring countries if they ever desired to challenge the might of Egypt. Despite its powerful sense of expression, the temple is able to reflect the true essence of the enchanting ancient Egyptian artistic design and architectural brilliance. 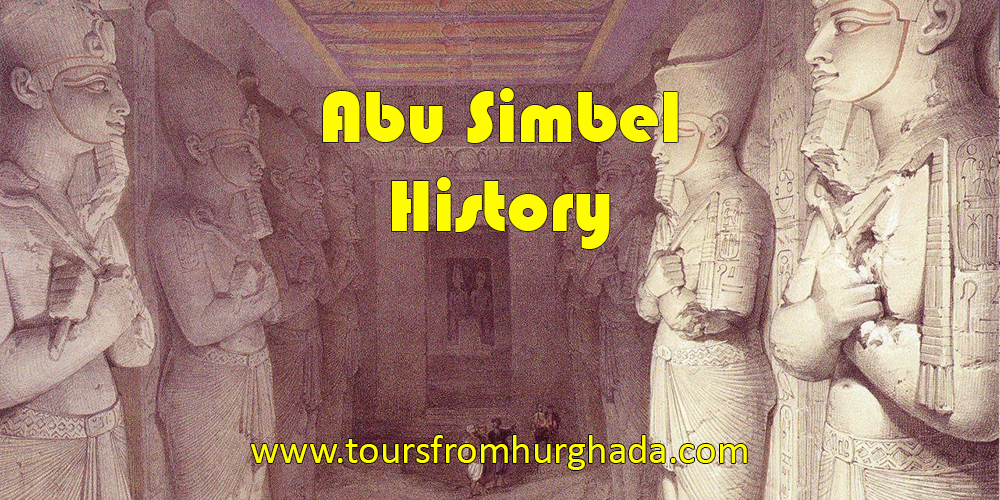 The Abu Simbel temple constructed by King Ramses II (1279-1213 BCE) during the new kingdom at the height of its power to honor the ancient Egyptian gods, immortalize his legacy, save guard his legacy from oblivion, solidify the definition of Egyptian glory, and honor his beloved wife Nefertari. The construction started in 1264 BC until 1244 BC, it was known as "Temple of Ramesses, beloved by Amun". 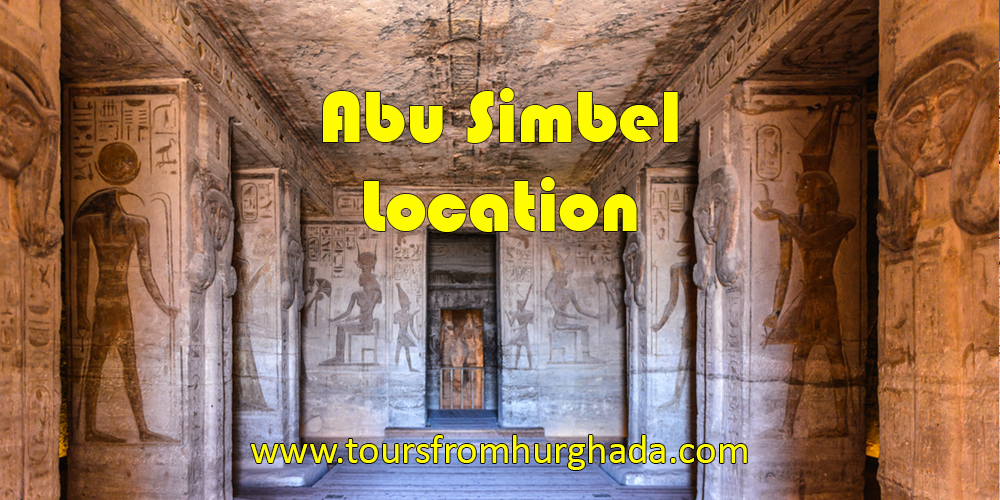 The temple is in the nubia territory in Nubia in upper Egypt in the proximity of the border with Sudan. It is on the west bank of the Nile, 230 km(140mi) southwest of Aswan on the western bank of Lake Nasser where it was carved into a mountainside.

The Big Temple of Ramses II 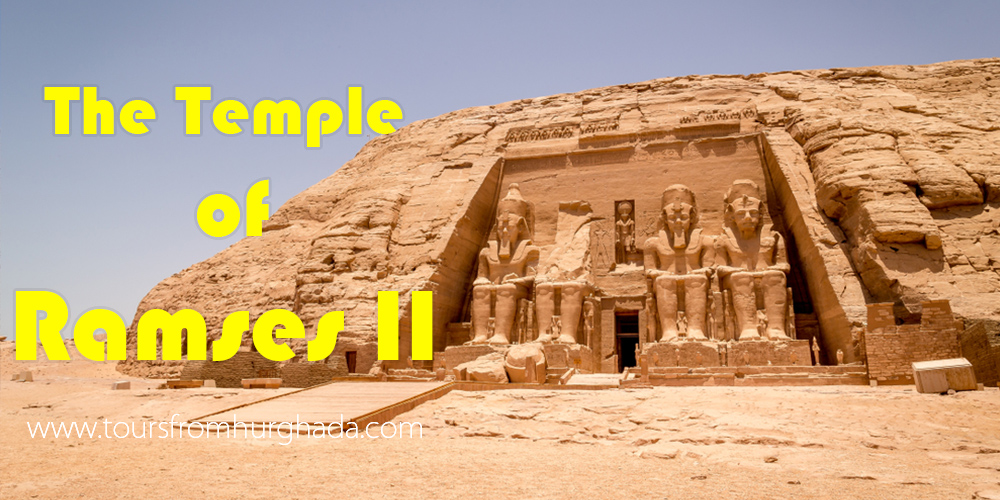 The temple of Abu Simbel consists of two temples: the first one is the glorious temple of Ramses the great which gained the title of being one of the most beautiful and magical temples in Egypt. it honors Gods Like Amun, Ptah, and Ra-Horakhty, plus Ramses himself to commemorate his achievements like his great victory at the Battle of Kadesh in 1274 BC against the Hittite forces.

The temple is 30m high, 35m long and consists of 4 colossal statues in the seating position and at the entrance has mega statues resembling Ramsess reaching the height of 20m (66ft.). Inside the temple, there are three consecutive halls extending 56m (185 ft.) till the end of the temple.

The hypostyle hall is 18 m long and 16.7 m wide and is supported by eight massive Osiris pillars depicting Ramsess with the ruler of the underworld Osiris to indicate the everlasting nature of the pharaoh, the hall also holds the central chamber where there are four statues for each god and decorated with statues of the pharaoh, images with the gods and also from his victory at Kadesh plus there is also decoration of the façade topped by a row of 22 baboons with their arms raised in the air worshipping the rising sun.

The Small Temple of Nefertari 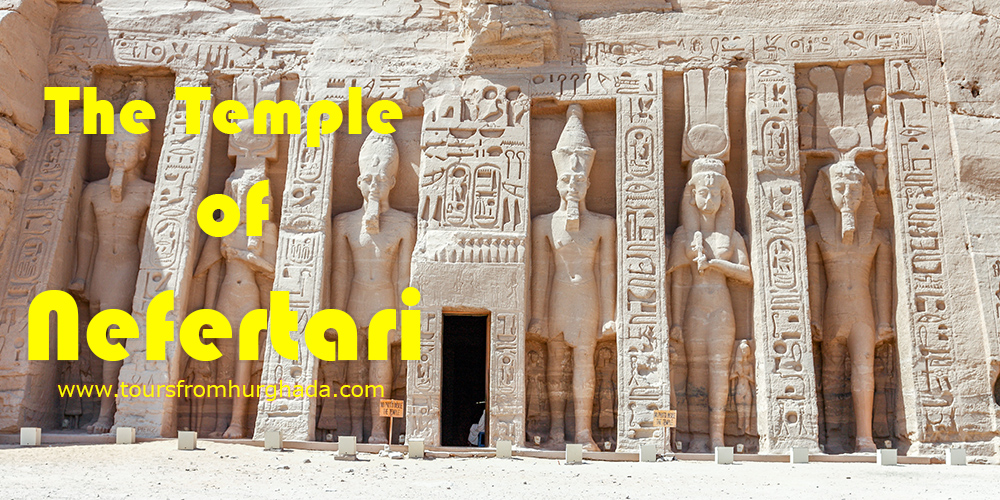 Straight to the northeast, just one hundred meters away is the temple of Nefertari that contains 10.5m (35 ft.) two statues of herself and six statues to her husband King Ramses II and is dedicated to “Hathor” the goddess of love, joy and beauty, Horus the goddess of the sky, Maat the goddess of justice and many more. 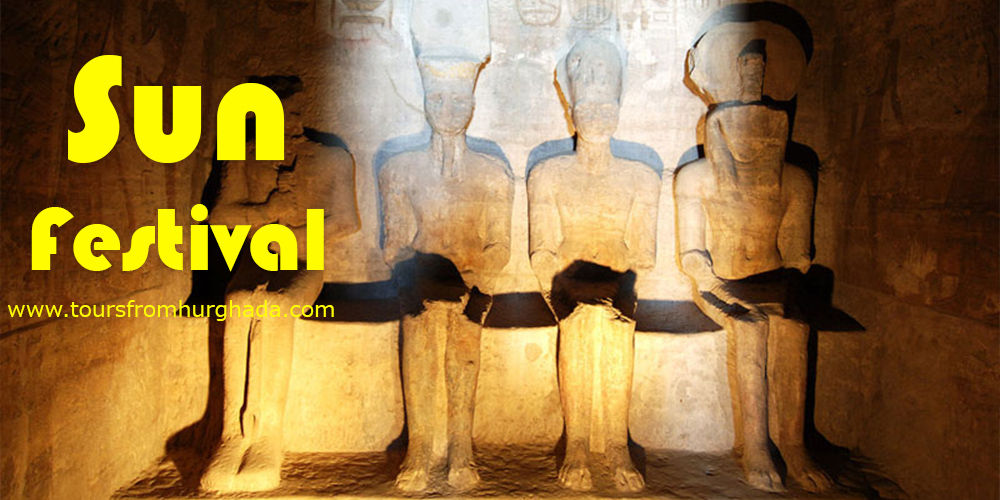 The main reason why the temple is viewed as a source of miraculous sensation and Marvel is the sun festival which took place every year for more than 3500 years.

The temple rests in complete darkness all year long except for two unique days, This solar phenomenon was created to celebrate February 22, the anniversary of Ramses II ascension on the throne and October 22, his birthday.

On those days of each year, the sun festival takes place when the sun rays illuminate the central chamber and the light is perfectly cast on the face of the four seated statues of Ramses II, Ptah (God of creation), Amun (The Creator God), and Ra (Sun God). The festival becomes a fun-filled destination for travelers from all over the world who form a large crowd surrounding the entire temple with circles of singing & dancing. 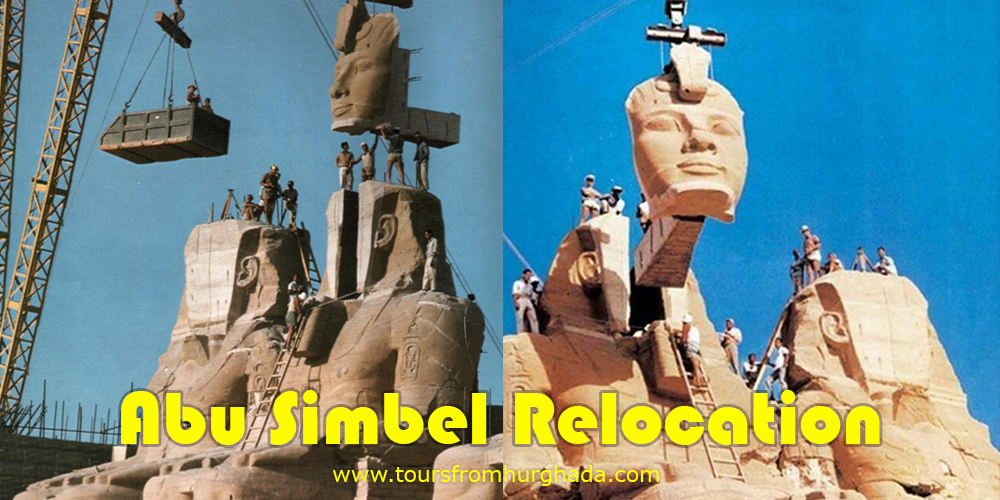 In the mid-1950s, the Egyptian government constructed the Aswan high dam in order to control the Nile floods and generating Electricity but ironically it led to the rise of the water level in Lake Nasser and the destruction of many temples like the Abu Simbel temple.

In 1959, the Egyptian Government sends a request to the international foundation of Unesco to help rescue Abu Simbel. In 1960, the world organized an international fund-raising for the rescue operation began and a Swedish company called ”Vattenbyggnadsbyrån” came up with a complex plan of how the temples could be saved and so the most challenging archeological rescue operation in the history of mankind took place.

This operation took four years from 1964 to 1968 and cost 300 million dollars in today’s value. The temple was peeled away and then cut into blocks using power saws, each block weigh about 20 to 30 tons, then moved to a new location and assembled together using drilled holes, reinforcement bars into an artificial cliff resembling the original on a platform of cement & steel and surrounded by an artificial stone mountain. 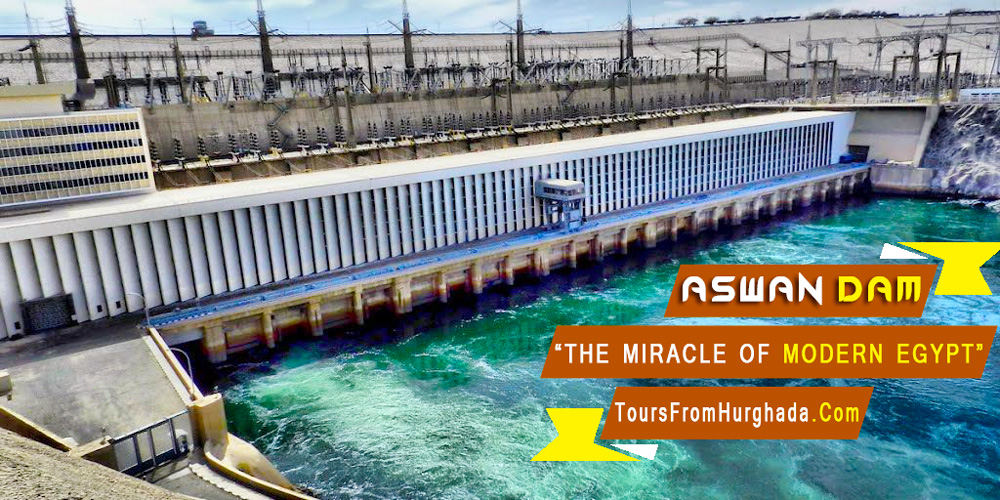