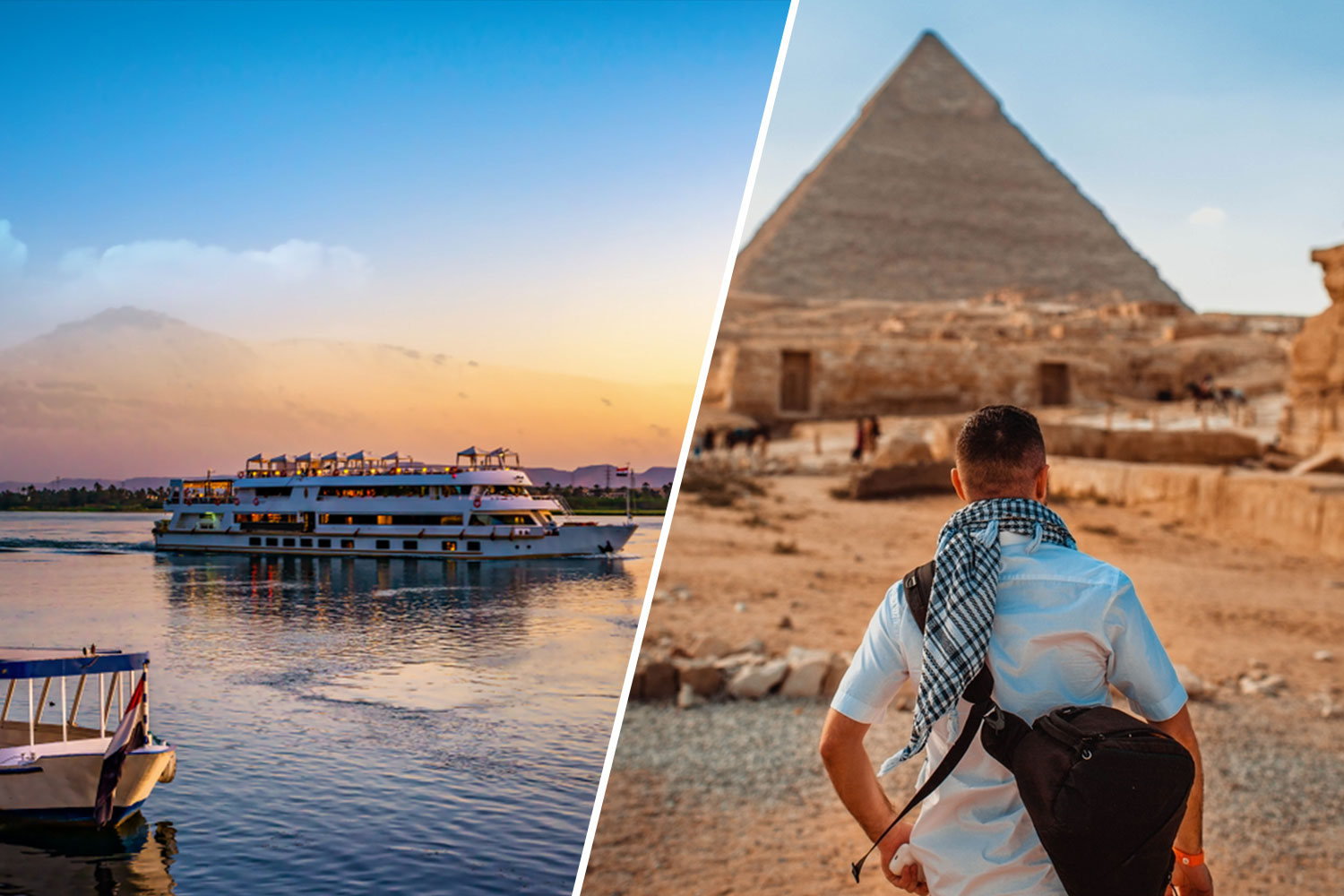 This trip is the epitome of mesmerism and bewitchment, offering you, in the most sublime way, a piece of heaven to hold close to your heart. The sweet touch that’ll be added to your trip is making you experience being in the domain of the Ancient Civilization, through Cairo’s landmarks, such as the Giza Pyramids Complex, the Valley Temple, and many more Cairo, besides having a Nile cruise, go and return, between upper Egypt’s dearests, such as the High Dam, the Unfinished Obelisk and more in Aswan, and the Karnak Temple, along with more in Luxor, not to forget Kom Ombo & Edfu Temples. An Egyptologist tour guide, a 5* star accommodation, as well as air-conditioned vehicles, are among the services our unique agency offers, so book with us instantly!!

Day One: Be Blessed with Cairo’s Magic 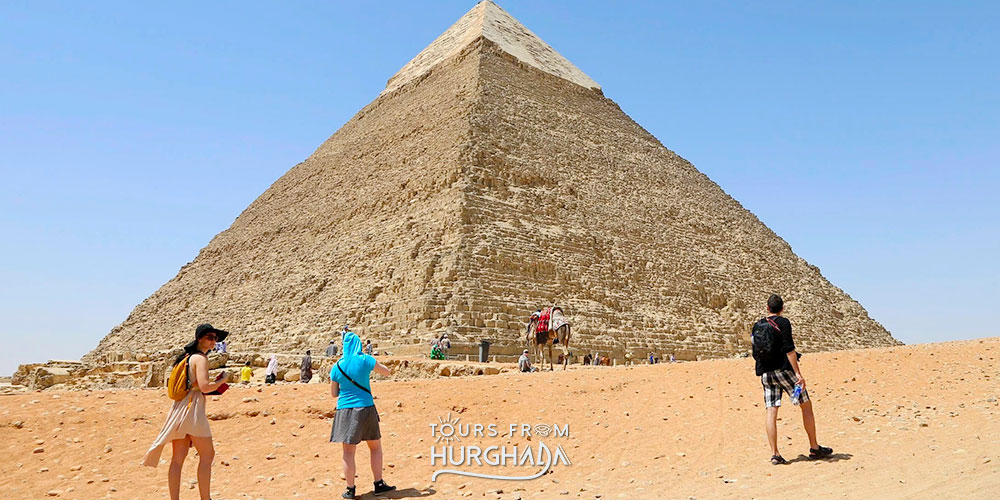 As a starter for our trip, our company’s driver will pick you up from your hotel in Hurghada to the airport to get abroad your plane to Cairo, on making it to Cairo Airport, we’ll deliver you immediately to explore your first mesmerizing site of the first day, with your Egyptologist tour guide, which is:

Came as a perfect embodiment of Egypt’s ancient rich history, is the Giza Pyramid Complex. The extending history of the complex stretched back in time for more than 4 and a half millenniums. Welcomed by the complex’s vast grounds, is a bunch of monuments, which are the three central pyramids, along with their six associated pyramids, as well as the Valley Temple, and the mighty figure of the Great Sphinx, that all have everyone’s jaw drop.

The Great Pyramid aced its position among other monumental milestones, for being the only managed-to-survive wonder out of the 7 ancient worlds’ wonders. Its creation came to be a dedication to the dominating King, Khufu, between 2600 and 2700 BC, to honor his thriving and efforts. Lots of travelers from distinct cultures have been mouth-tied before its intimidating structure of 2.3 million enriched stones.

The Great Sphinx is the first of its kind, ever, to unify two entities, infusing a figure of a man with another of a lion. The rare architecture of the sphinx was set around 2500 BC, as an epic peculiar event that remarked King Khafre’s reign. This enigmatic phenomenal mixture was the reason behind making minds drift away, each of which, creates its own conceptions about the sphinx.

The Valley Temple fully blossomed during the twenty-sixth century BC. it was included among the so many terrific cemeterial sites that are tucked away in Cairo. People visit it as the most remarkable burial site in history. Being a remarkable necropolis, the valley temple includes a major number of bodies related to the earlier stages’ royals.

To have a decent rest, you’ll be served lunch at a substantial Nile/pyramid restaurant in Cairo, then you’ll be up to your next orientation.

The phenomenal Egyptian Museum was totally established back in 1902, and it was dealt with as being the headquarters for approximately 120,000 extravagant pieces, before being moved to the Grand Museum. A whole another level of grandeur, that takes the form of Ancient Egyptian Heritage, used to have its headquarters inside the phenomenal museum.

After wandering through the last historical site for the day, it’s about time to deliver you back to Cairo airport to have your flight to Aswan, for your Nile cruise check-in and stay the night while having your dinner and lunch onboard the cruise. 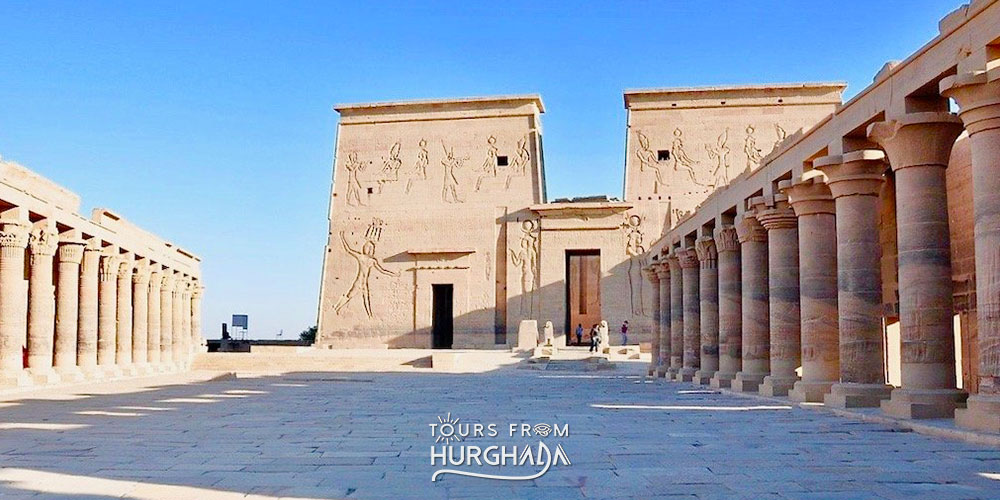 The 2nd day will begin with having your breakfast at the Nile cruise, then we’ll be on our way to explore day 2’s landmarks, with your guide, which starts with:

Having the High Dam in Aswan, Egypt, resembles Egypt winning the lifetime lottery, due to the numerous generous services it serves Egypt with. The dam draws attention for owing tons of beneficial advantages, which can take down any economic concerns. Since its first establishment between 1960 and 1970, It’s presented as the Egyptian agriculture’s artery. Not only that but also, it was given all credit to stand tall against any threatening flood.

Despite being an incomplete creation, the Unfinished Obelisk has been narrated as one of the largest aesthetical obelisks ever. It was given orders to be built in (1478-1458 B.C), by the revered Queen Hatshepsut. A senior number of priceless items can be watched up close on the walls of this wonder, from the inside out. It might occur to you to be intimidated while observing the signs the ancient figures left behind, as a great witness to their inhuman work.

Philae Temple, also an ethereally bewitching island, was established in 380-362 BC to serve Isis, the Motherhood Goddess. It also offers scenes that had a variety of visitors amazed, of the mummification process getting applied, after death, on Osiris, along the side with reviving Osiris back to life, as well as giving birth to Horus, the Victory, and Sky God.

After finishing your last decided destination for the day, it’s time for heading to your Nile cruise again to serve you lunch and dinner, and spend your 2nd night. 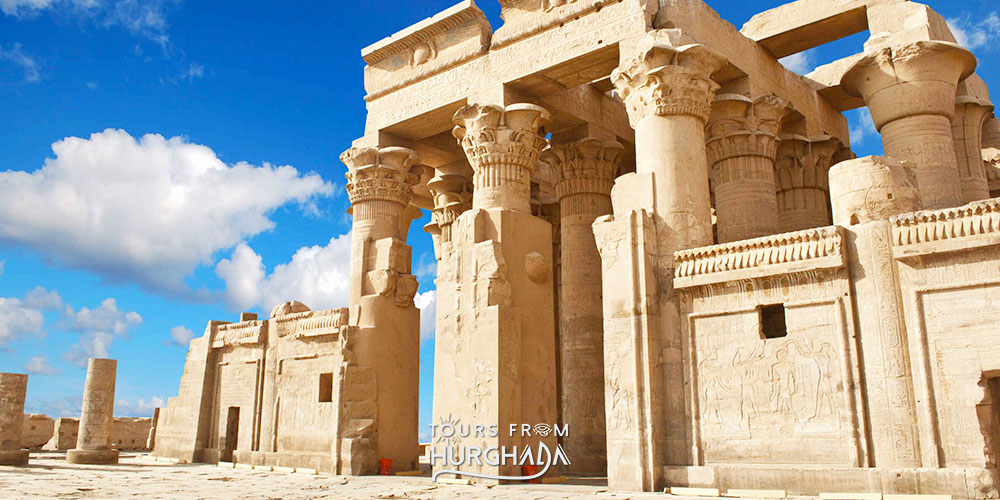 In the daylight of the third day, we’ll serve you a fine breakfast at the Nile cruise, while sailing to your first destination of the day, which is:

The period that included the archeological process of the temple, nestles between 180–47 BC. Kom Ombo temple shows its uniqueness in being devoted to 2 diverse gods: Sobek, who is a god with a crocodile-like head, that’s also mentioned as being “The Kingdom’s God”, and the god of a falcon-like head, who’s known as Horus. You’ll get to know that the temple is the typical personification of glory!

You’ll be back to your cruise to continue sailing to:

Edfu Temple was built during the period of Ptolemy. in 237 BC. The rare aura temple built since then came from its inclusion among the ancient best-preserved milestones Egypt has a grip on. A great aim for which the temple was built, was to be devoted to the son of Osiris & Isis. Strolling through the temple, your mind will be enriched with unique epic stories that the temple was a part of.

As the third day came to a halt, we’ll treat you with a luxurious lunch and dinner abroad, followed by your overnight while keeping on sailing to Luxor for the next day’s exploration. 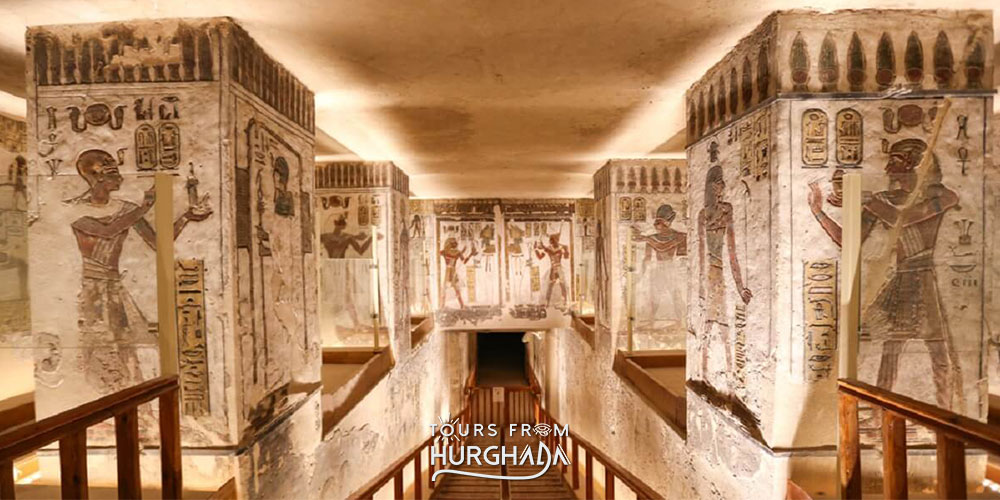 The fourth & the last day of our tour will begin with having your breakfast on board followed by your check-out, then carry on with your Luxor exploration with your guide:

On stepping into the threshold of the Valley of the Kings, considered also as a necropolis, you’ll be taken aback by how glorifying it’s. One can sense the holiness of the construction, just by being exposed to the sky-rocketing number, which is hugged behind the temple’s vast walls, of scenes belonging to the glorified queens and kings of the 18th to the 20th Dynasties BC.

It’s a common fact that the Temple of Hatshepsut was brought into existence as a gift for Amun in 1479 BC. Exploring the temple’s interiors, it’ll be easy to see the diverse engraves, which are dedicated to the queen, breaking out at every angle of the temple. You’ll learn a lot about the way in which Hatshepsut Temple was preserved that ranked the temple among the most crucial temples, anciently.

Colossi of Memnon involves double faceless grand stones, that it’ll be easy for the visitors to spot, as soon as they cross the Nile’s west bank. Both incredible distorted creations are a commemoration for the Pharaoh, Amenhotep III, and they’re given birth in 1350 BCE, in such an amazing way. It’ll be just a matter of minutes inside the colossi, and you’ll have all your distractions long forgotten, taking in the site in front of you.

After taking your sweet time roaming the colossi, you'll be on your way to having your savory lunch, then be off to the upcoming sight:

Karnak Temple saved its place among the most tremendous temples in Thebes. Its architecture was announced to be utterly established in (2000-30 BCE), to be the hugest religious stony creation that exists. Inside, you can have a close look at the content of the temple, which is a bunch of sculptures, most of which, are built in honor of Amon-Ra, along with his consort Mut, as well as his son, Khonsu.

At this point of our exciting trip, it’s time to call it a day, so we’ll deliver you back to your hotel in Hurghada by an A/c vehicle to end your trip here. 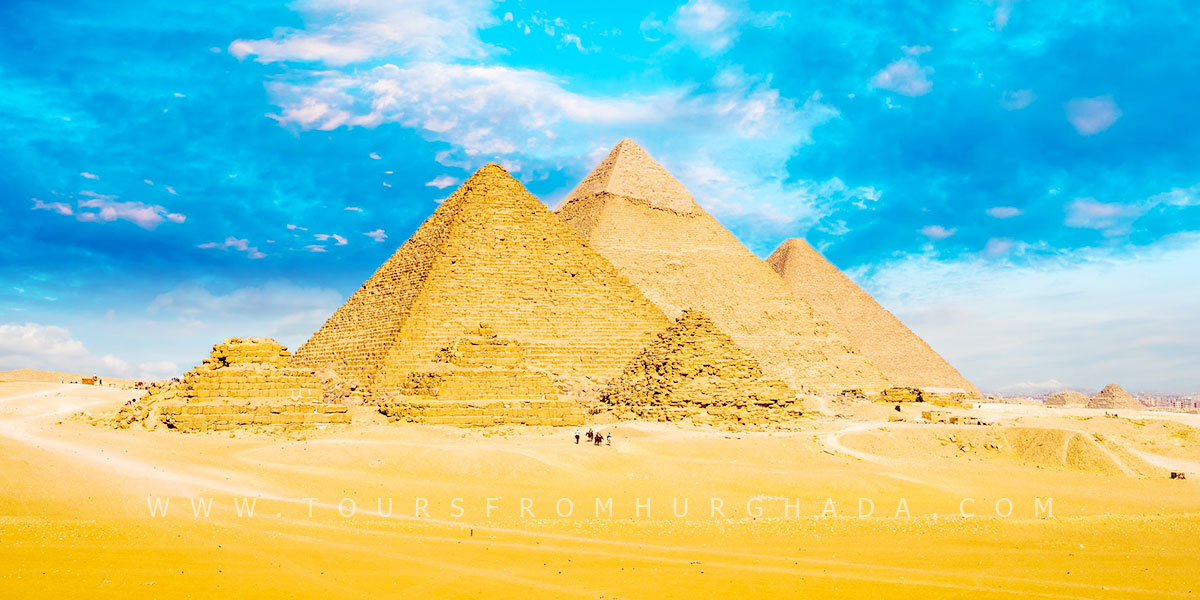 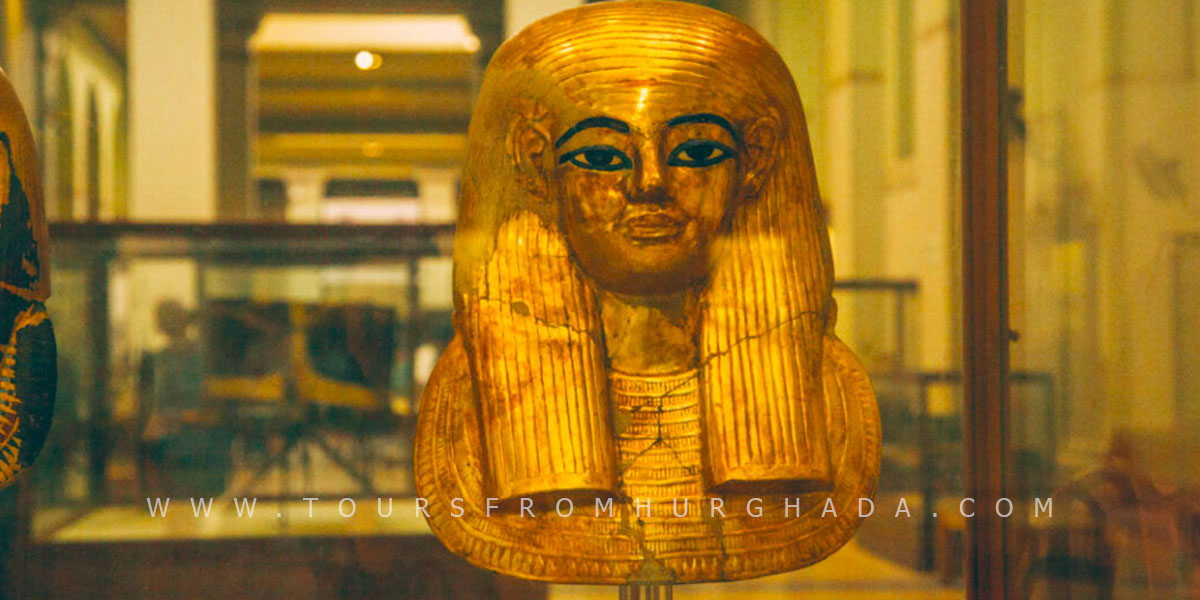 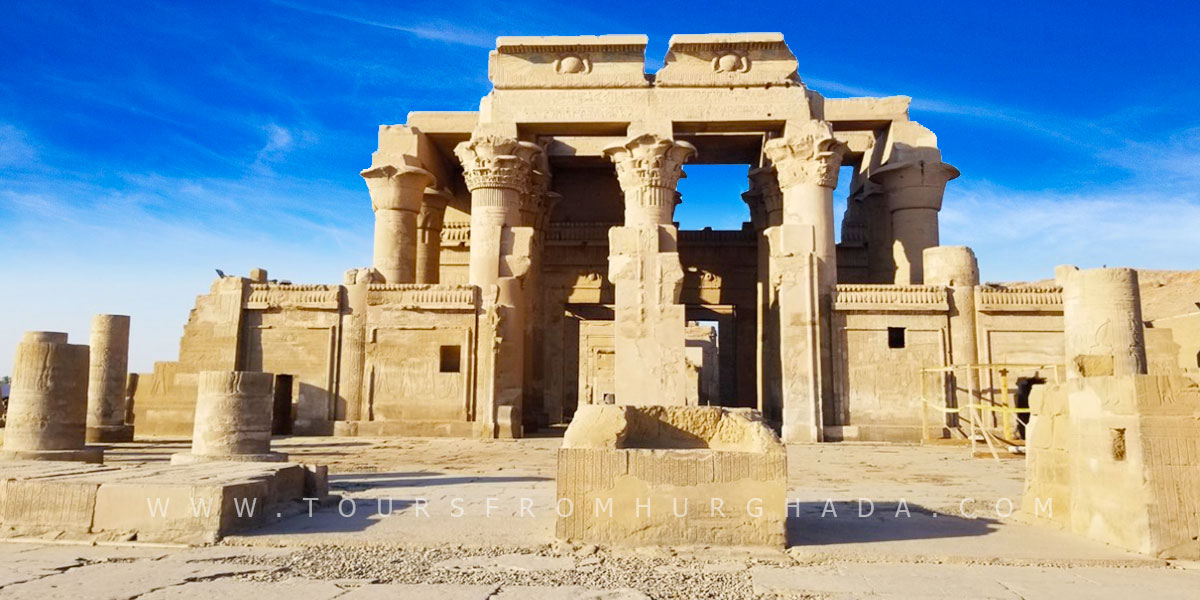 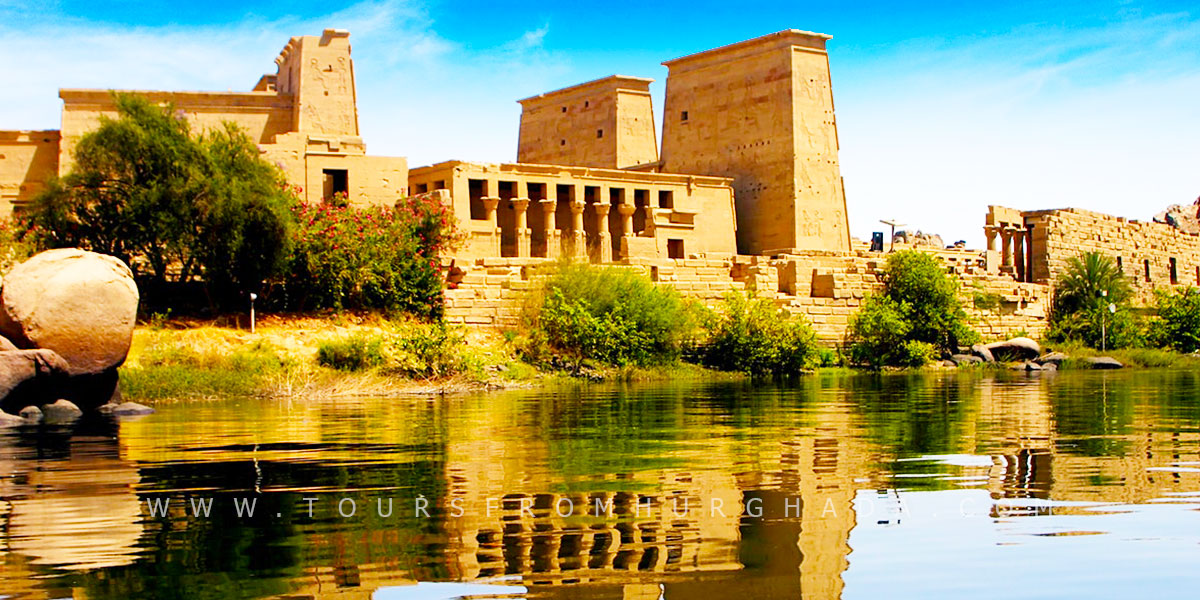 Note: If you didn’t find what you are looking for, then you can check our Hurghada excursions and choose your trip