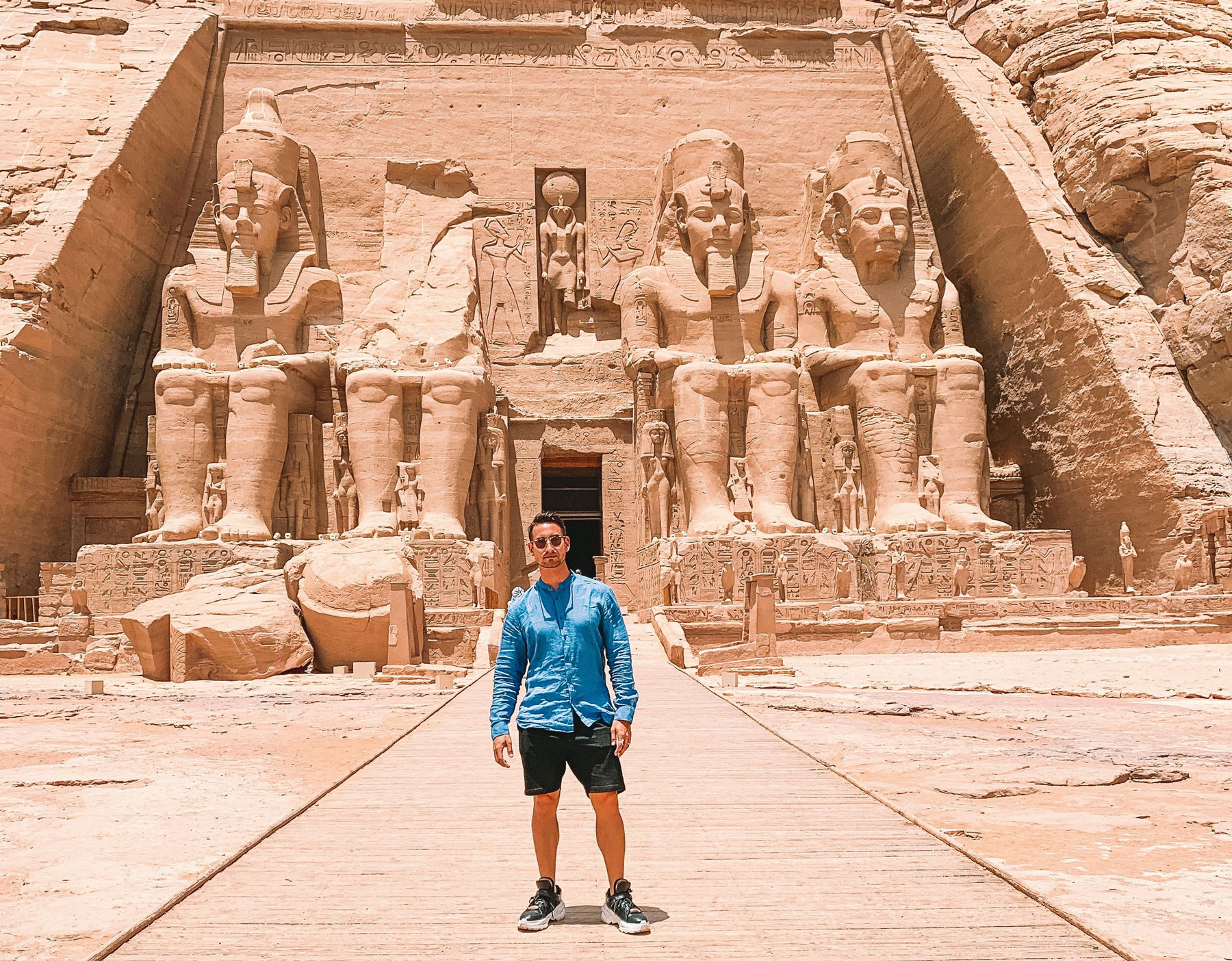 2 Days Luxor and Abu Simbel tour from Port Ghalib is beating with aesthetics and greatness. Included within the trip is such a tremendous load of historical unique destinations and information that’ll have people from different cultures build their thesis over. It’ll involve your visits to Luxor & Abu Simbel Highlights, such as the Temple of Hatshepsut, the Valley of the Kings, the Karnak Temple, Colossi of Memnon, furthermore, Abu Simbel Temple. Moreover, you’ll be able to rejoice in our agency’s incomparable services, from the private transition back and forth, to having lunch at a deluxe restaurant with a Nile view, in addition to our accommodation and tour guide. Tours from Hurghada travel agency has been an extremely one-of-a-kind appealing one between clients, so book with us now!! 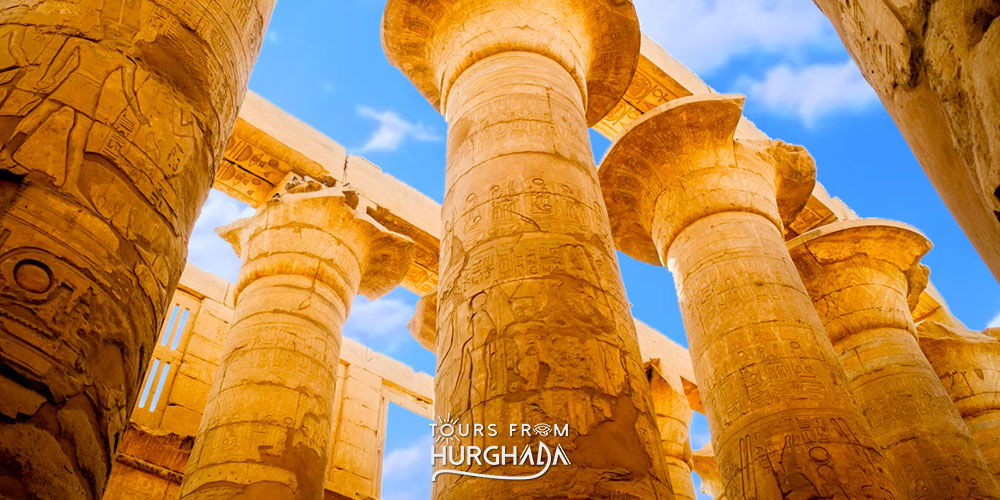 Your first day will be starting with our driver picking you up from your hotel in Port Ghalib all the way to Luxor to start your exploration with your guide, heading to the first sight of the day, which is:

The Valley of the Kings is one incredible mesmerizingly built creation whose construction lasted from 1539 BC to 1075 BC to serve as a resting place for the revered figures of the 18th to the 20th Dynasties. All people from different spots planning their visit to this specific site to win the chance of sensing the presence of the so famous tomb of Tutankhamun the valley has always turned heads for.

Hatshepsut temple, which was built back in 1479 BC, is gorgeously adorned with distinctive selections of carves that tell lived stories and tales about the queen, and to stress the singularity that the temple wins over its peers, then one needs to know that it was dedicated to Amun, one of the most worshipped gods in Old Times’ Egypt, furthermore, was one of Egypt’s 8 primordial divinities.

The monumental creation is carved out of two traffic stones whose architecting process was a phenomenal event back in 1350 BC. The two sturdy stones were magnetically carved as an appreciation for the Luminous Pharaoh, Amenhotep III. You might have heard so much about the Colossi of Memnon from facts and myths which keep you always willing for more, so a great fact about the two sculptures, is the intention behind which came the concept of putting them into the total establishment, that’s to keep the pharaoh’s temple away from any lingering evil.

After getting over with exploring the previous sight, it’s about time for your lunch at a velvety resultant with a Nile view, then be off to the next destination, which is:

Karnak temples complex is the most epic massive temple that was impeccably founded in 2000-30 BCE for divine intentions. It’s gifted to the triple godly figures of Mut, Khonsu, and Amun. You’ll bump, while roaring the temple, into an inclusive collection of decomposed pylons, temples, chapels, as well as a fistful of other buildings. You’ll be dumbfounded knowing that besides the temple’s open part, the Amun-Re’s precinct, there’s a collection of three other parts that are taboo for the public to wander.

After finishing your visit to the Karnak Temple, you’ll be transferred to Luxor train station to catch your first-class train to Aswan for check-in at your hotel and stay the night there. 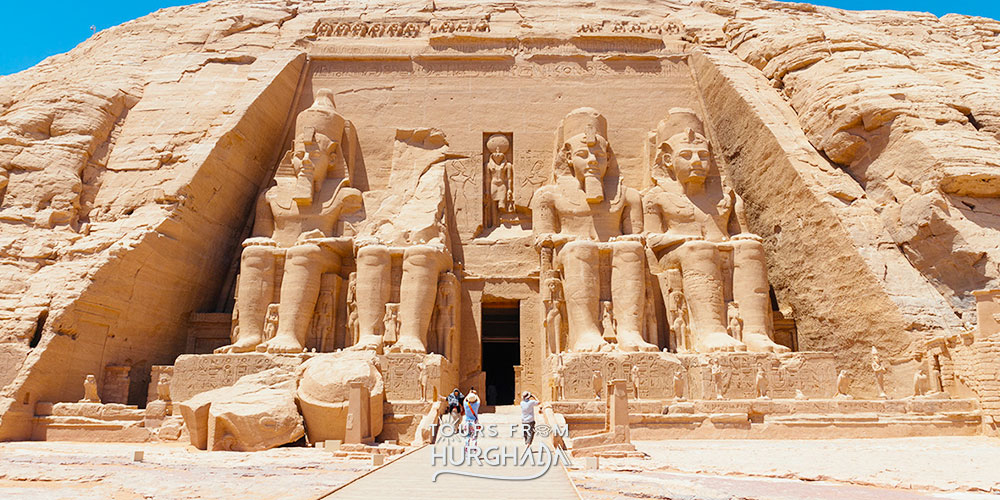 You’ll be having your breakfast boxes to head to Simbel temple by an A/C vehicle to start your stroll there with your guide:

Abu Simbel Temple is a group of two magnificently built temples that were hypnotizingly stoned up in the 13th century, in about 1264 BC. Its entrance has a collection of 4 enchanting carves that take for form of King Ramses II, which will be the foremost thing that your memory would print sceneries of on exploring. You’d be at a loss trying to wrap your mind around the pieces of information narrated to you about what kind of incredible golden history the temple has from the glorious number of aesthetics and carves nestle within it.

After finishing your stroll, you’ll be invited to have your lunch back in Aswan, then your 2 days Luxor and Abu Simbel tour from Port Ghalib will be gotten over with, so you’ll be delivered to Aswan train station to catch your train back to Luxor, then to your hotel in Port Ghalib by an A/C vehicle. 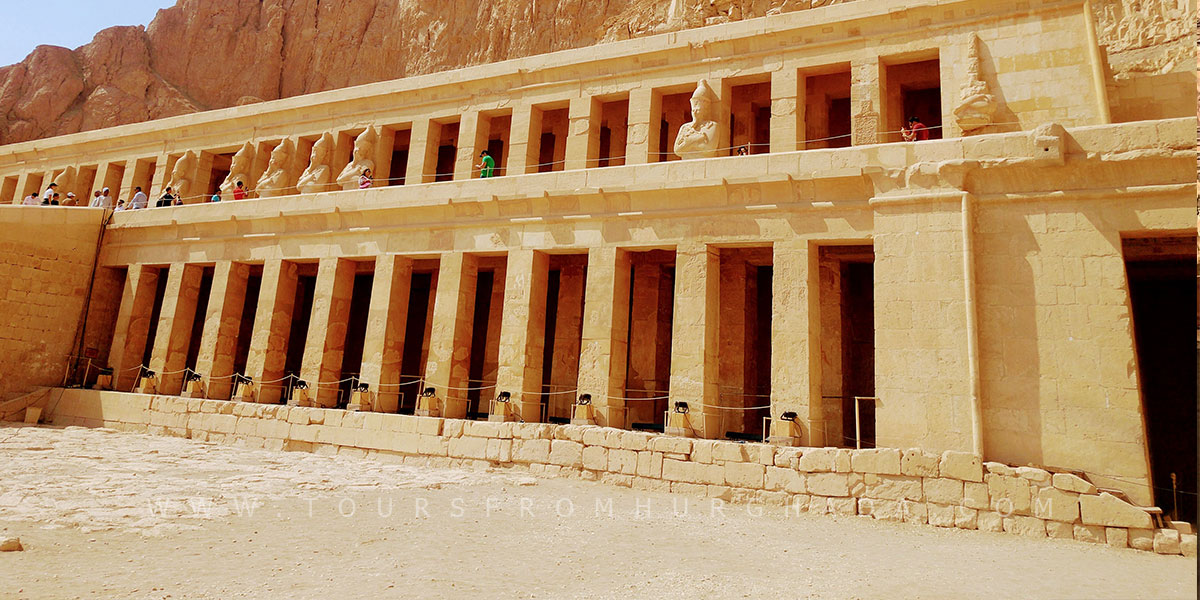 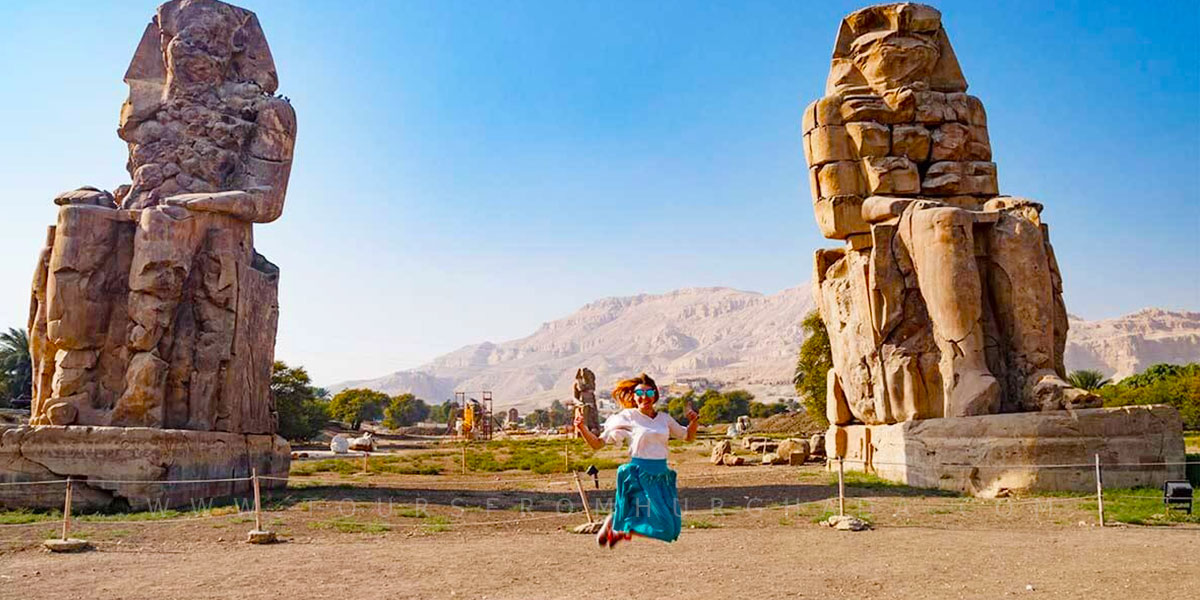