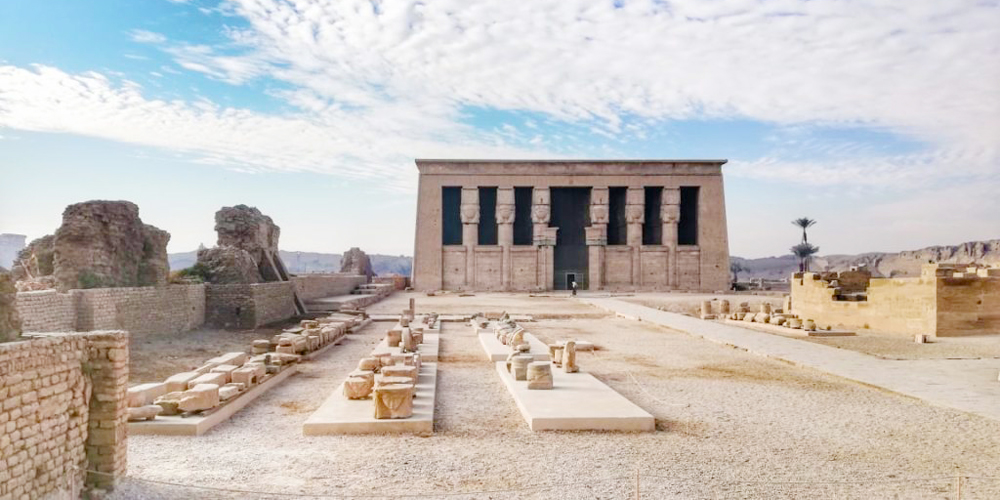 The incredible tropical destination of Makadi bay is offering the chance to witness the most significant archaeological locations in ancient Egypt through our extraordinary Dendera and Abydos tour from Makadi Bay. The marvelous Dendera temple was the worship center of the goddess Hathor of joy, healing & love while the Abydos temple acted as the temple of the ruler of the underworld Osiris which was once believed to be an entrance to the underworld. Don't miss your chance to get a taste of both worlds the tropical and the archaeological with our trip from Makadi bay to Dendera and Abydos temples.

The Tour Itinerary of Dendera and Abydos Tour from Makadi Bay

The first phase of your Dendera and Abydos tour from Makadi Bay is when you will be picked up from your hotel by our employee, then you will be taken to Dendera temple. The second stage begins with your Egyptologist private tour guide who will showcase the vast history of the temple of Dendera temple of Hathor, constructed in the late Ptolemaic Dynasty by Cleopatra VII & Ptolemy XII. In stage three, you will head the sacred Abydos complex that contains Umm el-Qa'ab which is a necropolis and many burial sites from the old kingdom all around the area because of the growth of the town's significance as the center of Osiris cult. In stage four, you will feast on a delicious lunch at a restaurant near Abydos temple. In your final stage, you will drive safely to Makadi bay from the Abydos temple. Note: If you didn’t find what you are looking for, then you can check our Makadi Bay excursions again and choose your dream trip.

The design of the temple is pure ancient Egyptian classical architecture with a hypostyle hall which was constructed by Emperor Tiberius(14 AD-37AD). The temple complex is filled with many amazing scenes portraying the Ptolemaic rulers, one of which on the temple walls in a huge relief of Cleopatra VII & her son Caesarion from Julius Caesar, showcasing both of them wearing an Egyptian Barb and offering sacrifices to Hathor. The Dendera complex was famous among travelers who would seek the healing of the goddess as shown by the images in the sanatorium of the temple complex. The sacred water in the bathing fountain was used by the priests of Hathor as an unguent, plus there were sleeping quarters which the goddess was expected to appear in the dreams of her followers and grant all of their wishes.

In Abydos lies the memorial temple Of Seti I which has mesmerizing descriptions and images from the 19th dynasty known as Abydos King List, a chronological list containing cartouches of the most dynastic pharaohs of Egypt from Menes until Ramesses I, Seti's father. Seti I constructed the temple to have small chapels dedicated to each of the major gods like Ptah, Amun-Re, Isis, Osiris, Horus, and more. 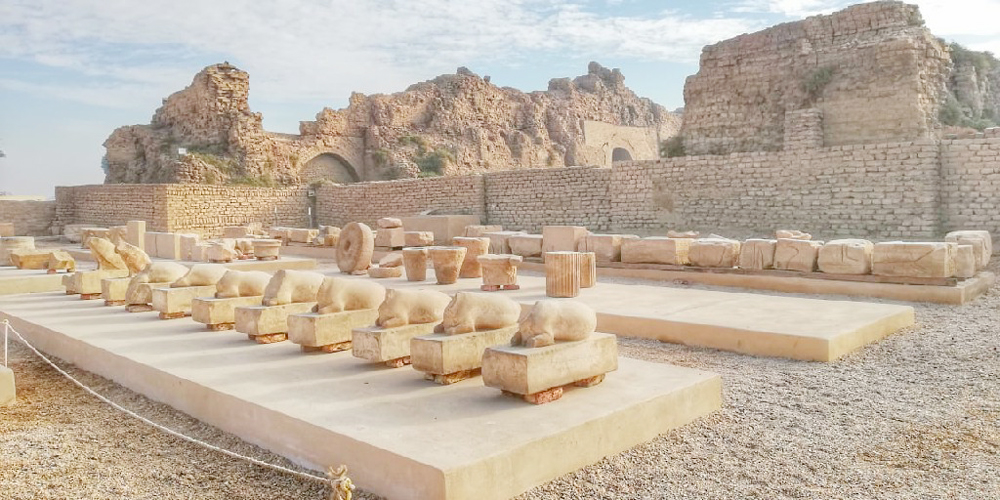 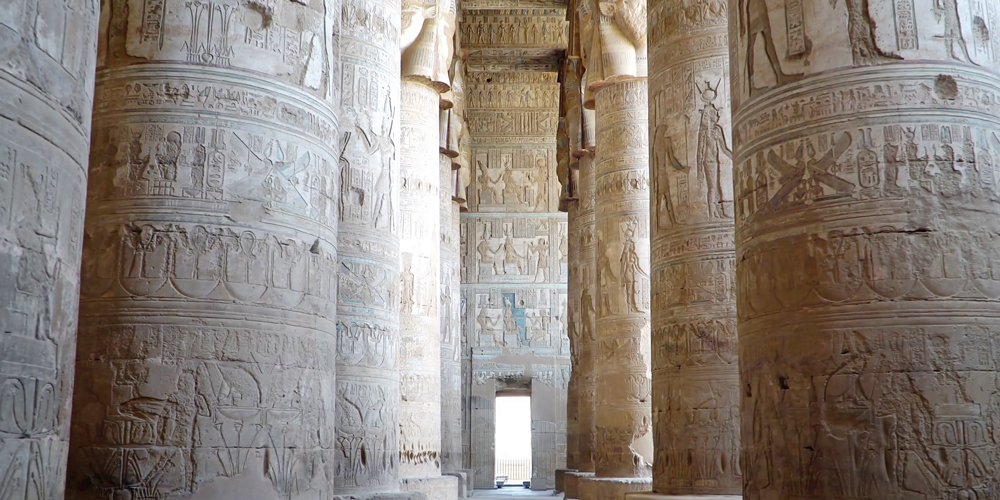 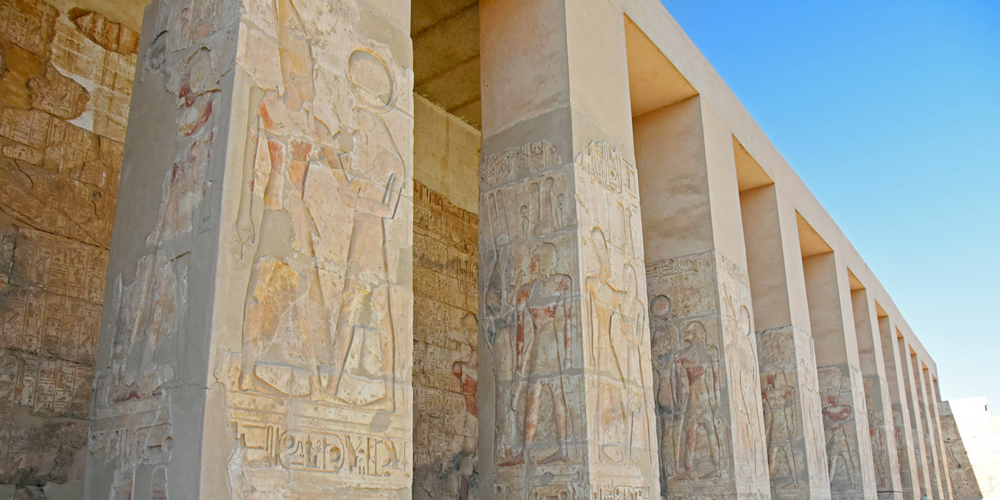 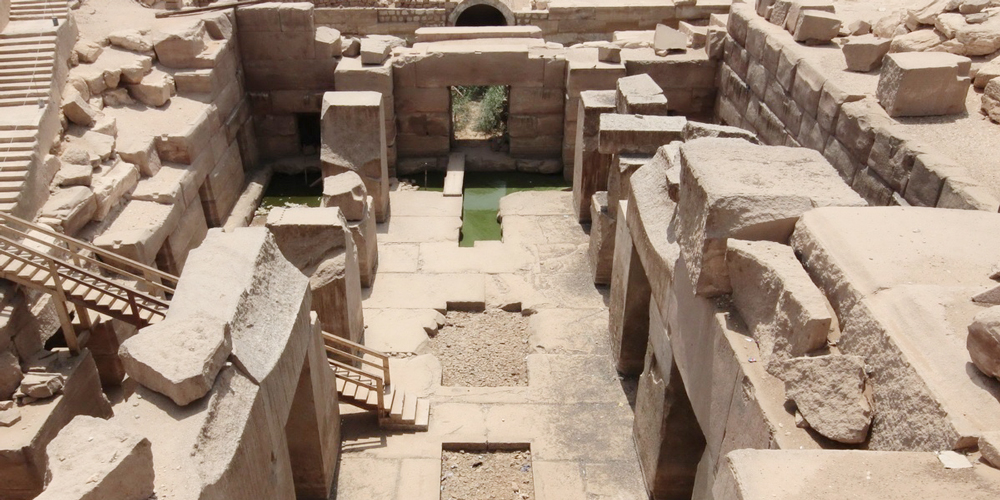 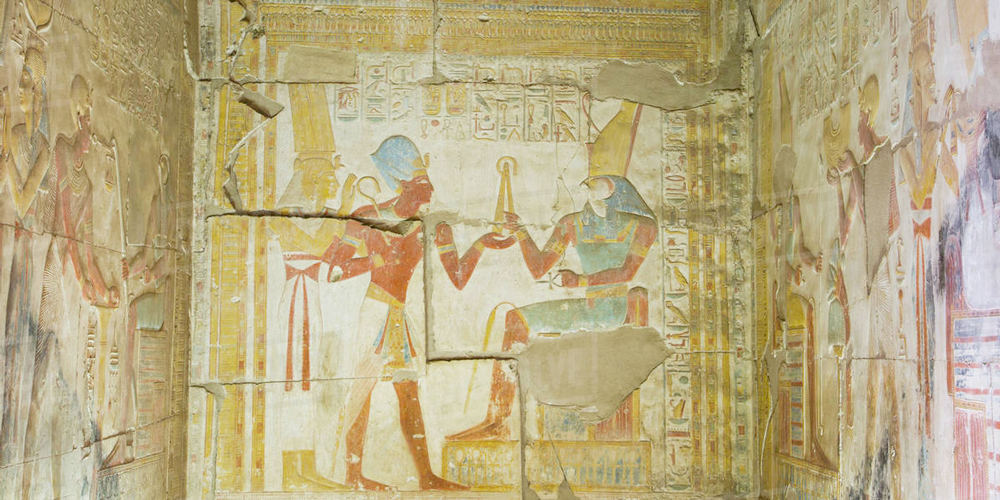