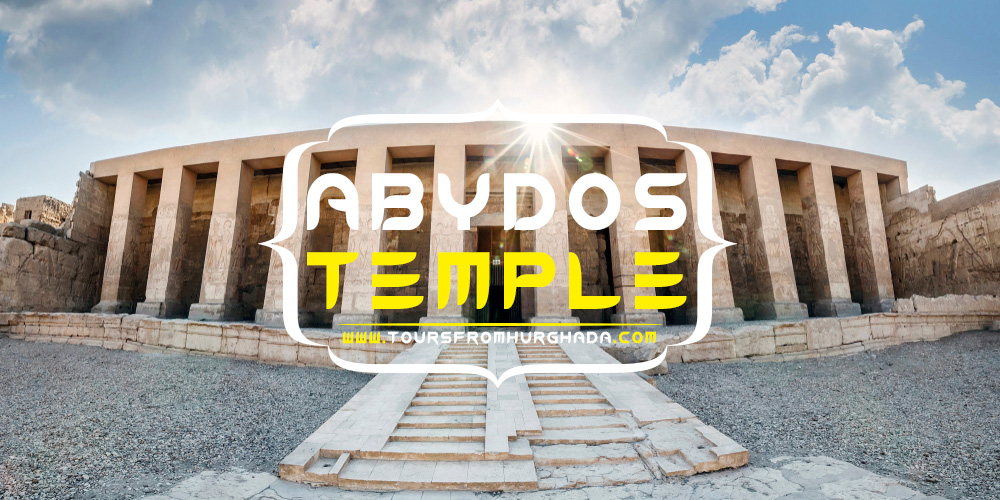 Abydos temple is one of the holiest, oldest and important archaeological sites in the history of ancient Egypt. It is located 11 km (6.8mi) west of the Nile, 2.5 hours north of Luxor. The Abydos is quite popular for containing the great temple of Osiris and the temple of Seti I which showcase the beauty of the ancient Egyptian architectural brilliance and enchanting wall carvings and unforgettable hieroglyphics.

The History of Abydos Temple 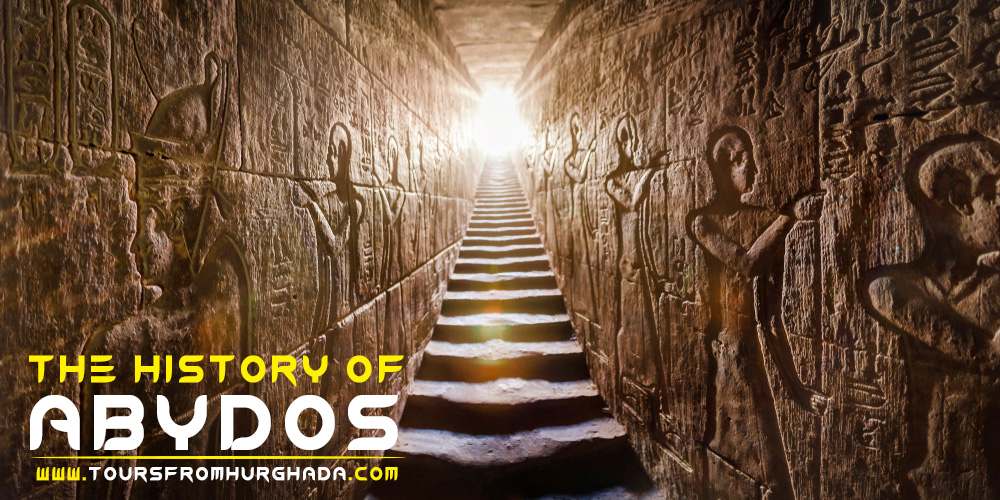 Abydos temple dates back to the Predynastic Period where it operated as a necropolis under the name of UMM El Qa’ab which means “The Mother of Pots”. It was a royal cemetery of the 1st (2925-2775 BCE) and 2nd (2775-2650 BCE) dynasties of the Egyptian royalty & nobility, a pilgrimage center for the worship of the god of the underworld “Osiris” and a supposed gateway to the Underworld according to Egyptian mythology. ِAbydose temple holds the tomb of Narmer "King Menes" the founder of the First Dynasty.

It acted as the center of the cult of Osiris where it held his temple called the Osireion but at the beginning was sacred to the jackal-headed god Wepwawet who couldn’t overpower the new dominance of the popular God of the underworld and his wife Isis Goddess of motherhood.

Temple of Seti I

The main attraction inside Abydos is the temple of Seti I (1318-1304 BC) that was constructed around 1300 BC and completed by his son Ramses II (1304-1237 BC). Despite being built in the new kingdom, it was designed to contain the artistic revival of the old Kingdom Spirit.

The temple marks king Seti’s desire to consolidate the Ramessid dynasty after the chaos created by Akhenaten's attempt of Atonism. Many loyal and devoted subjects in ancient times choose to be buried next to the temple of Osiris to win his graces and good fortune in the afterlife. 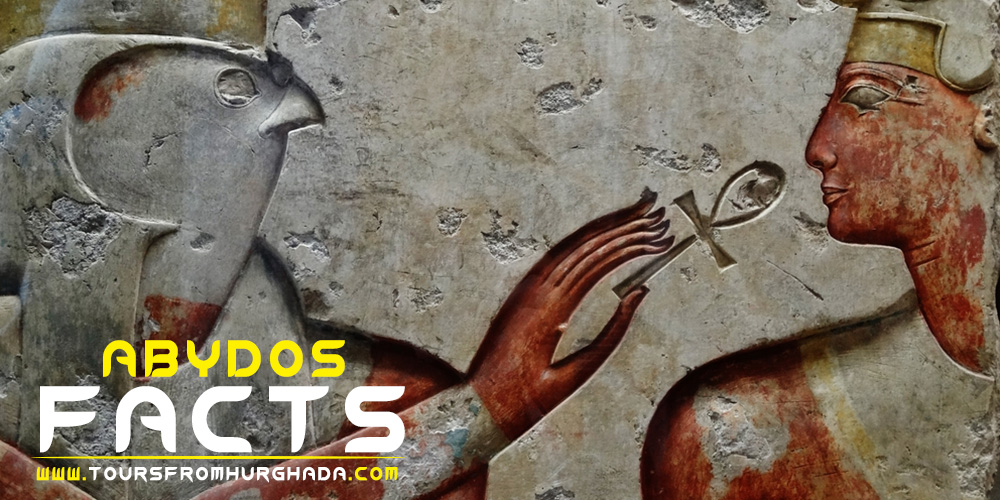 Abydos temple was rebuilt and enlarged by many Pharaohs during the Middle and the New Kingdom of ancient Egypt. Abydos temple is very massive and holds a variety of ruins around the edge of the desert. The most popular monument is the great temple of Seti I, known for its unique architectural design of an L-shaped layout and containing seven sanctuaries dedicated to the Pharaoh & the six principal gods of Egypt Ptah, Re-Herakhte, Amun, Osiris, Isis, and Horus, plus two broad hypostyle halls.

The temple was designed to hold many inscriptions and decorations of Seti I and his son Ramses the great in the Gallery of the Kings showing them making an offering to the cartouches of their deceased predecessors like Menes, Hatshepsut, Akhenaten, and many other great rulers.

The Osireion at Abydos Temple

North of the temple of Seti I is the enchanting  Osireion which is a room made of massive stone blocks and one contained a mound surrounded by a moat which symbolizing the primal mound that came out from the waters of chaos at the dawn of Creation and showcases the close connection between the pharaoh’s Ka (spirit) and  the god Osiris. About 300m northeast of Seti’s temple lays the ruins of the temple of Ramses II and many complexes from the pre-historical age to the Roman period. 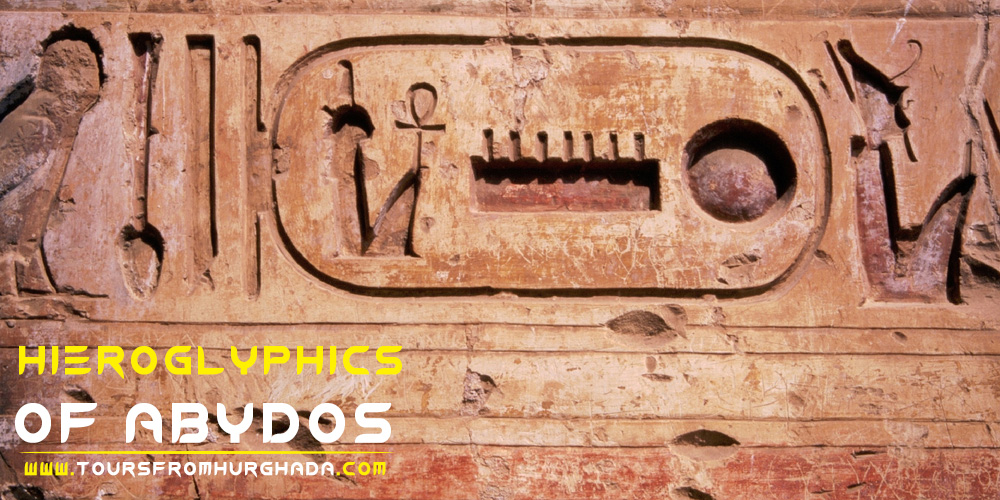 Abydos temple is quite famous as most of the decorations, carvings and hieroglyphics were used to record the journeys from the temple and history surrounding the new kingdom.

The temple gained the interest of many because of the Pseudo archaeology theory known as the “Helicopter Hieroglyphs” which are carvings of Hieroglyphs found on an arch that looks like a helicopter, a battle tank, a submarine and a fighter plane that resemble a U.F.O.