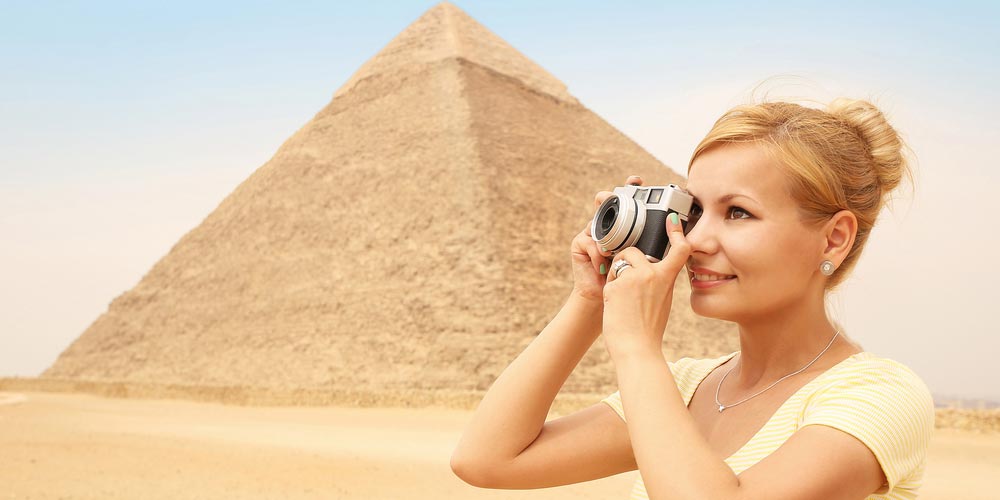 Day Tour from Hurghada to Cairo by Car

Private Day Tour from Hurghada to Cairo By Car

Let a day tour from Hurghada to Cairo by car line your vacation with the colors of explorations and greatness in a way that you only can witness during the trip. Come to explore Egypt’s share of the most historically tremendous artifacts that depict the Ancient History of Egypt through the greatest techniques of exhibitions and showcasing ever. Don’t give it a second thought and explore the complex of Giza Pyramids with the Great Sphinx, along with the Egyptian Museum, and a collection of others. Spoil yourself, fully, with our unique incomparable services that divide into private air-conditioned vehicles and a private Egyptologist guide along with a mouthwatering meal, so book with us now!

Day Tour from Hurghada to Cairo By Car

Have an incomparable day tour from Hurghada to Cairo by car that starts with picking you up, early in the morning, from your chosen hotel in Hurghada by an A/C car all the way to the City of Cairo to meet your promising guide and head first to:

If it were for the inhuman efforts of the ancient Egyptian pharaohs and the uniquely skilled founders, one of the most wondrous phenomena in the world wouldn’t have been brought into existence between 2600 and 2500 BC. Giza pyramid complex is honored to host the Great Pyramid, which is the grandest at all, along with the other two not-less-great pyramids, the Great Sphinx, six small pyramids, and the Valley Temple.

The Great temple is the most massive as well as the most ancient pyramid among other Giza pyramids. The purpose behind building the pyramid was, in the first place, to host the tomb of Khufu, the Egyptian pharaoh of the 4th Dynasty.

It was in 2500 BC when the Tomb of Khufu was welcomed into history as the most terrific and the greatest construction ever that Egypt has welcomed. Comes on top of being an extraordinary phenomenon, the Giza pyramid of Khufu is the last surviving wonder of the ancient world wonders.

History didn’t, doesn’t, and won’t welcome any other sculpture on the same level of peculiarity and rareness as the Great Sphinx. It was around 2500 BC, when the seed of designing, constructing, and linking two diverse figures, a man and a lion, together, grew to have no like.

During the 26th century BC, was included, as a part of the Giza Plateau, the Valley Temple, which is no less historically valuable than the other plateau’s milestones. It’s the importance of the temple that gives it its essence, it was a part of one incomparable experience that took place in Ancient Egypt, which is, the mummification process.

Before coming to visit the last construction in your trip, we’ll deliver you to have a savory lunch first, then we’ll make it the last one, which is:

The Egyptian Museum has what’s able to depict how incomparable Egyptian history and the ancient civilization of Egypt is since it was founded in 1902. Within its walls, are the tangible heritage and valuables of ancient Egypt, which are artifacts that of-different scales of greatness and wealth.

End your day trip to Cairo from Hurghada by being delivered back to your decided hotel in Hurghada, safely, by an A/C car. 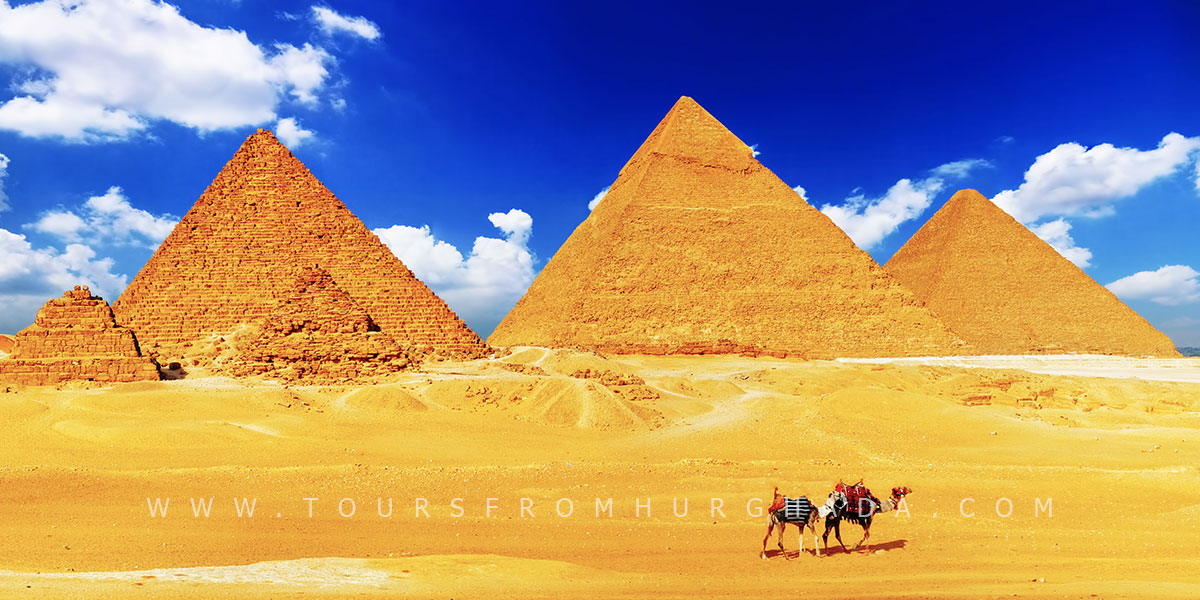 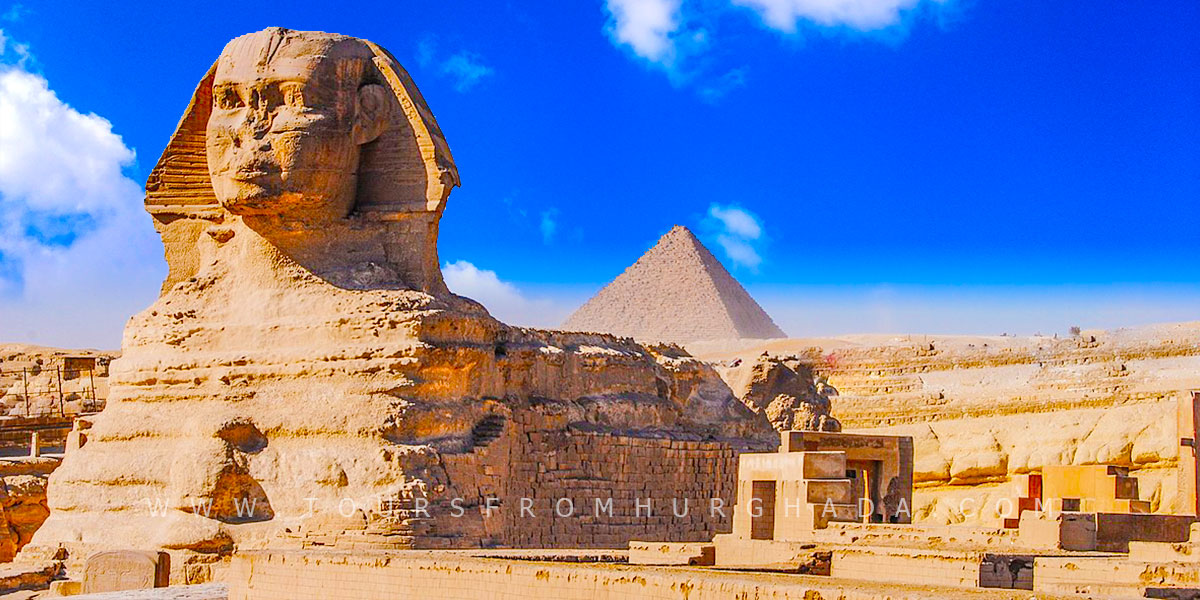 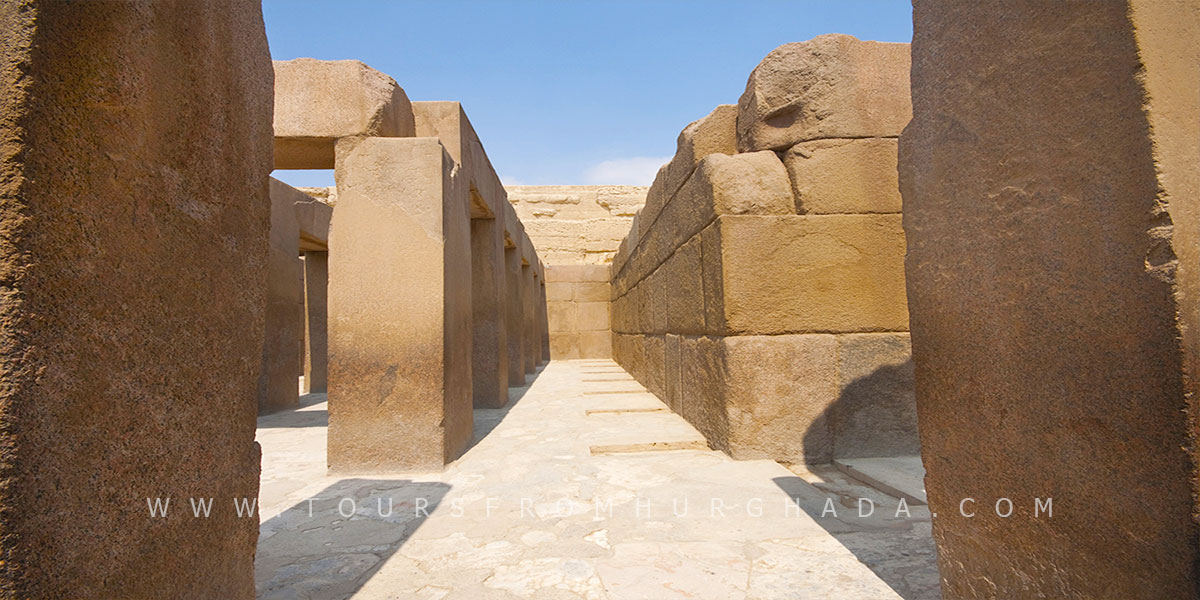