Abu Serga Church is one of the oldest churches in Egypt and possibly in all of Africa and the Middle East. The church became known as St. Sergius, St. Sergio, or Abu Serga and was constructed in the 5th or the 8th century! A few historians disagreed about the exact building time of the church! And, it’s situated in the core of an ancient Roman Fort in Babylon.

The Importance of Abu Serga Church

The Site As A Home to the Holy Family 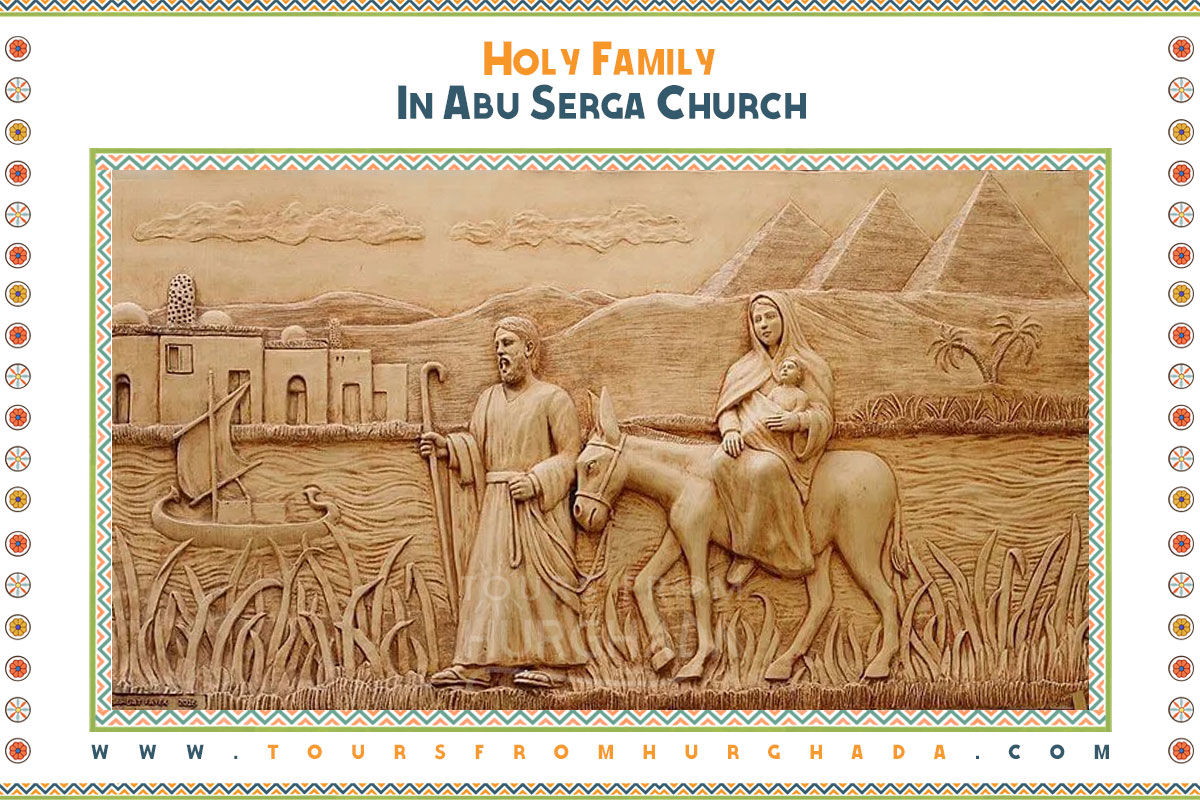 The location holding Abu Serga Church is a site that was one of the sites visited by the Holy Family during their escape from King Herod. Among the offered pieces of information about Abu Serga Church are Mary, Joseph, and baby Jesus Christ all escaped straight from Palestine to find a hideout in Egypt! The very reason behind their fleeing is being chased after by King Herod the Great, who was a royal figure belonging to the Jewish Religion! Abu Serga Church was among the destinations the Holy Family once sought safety within its folds throughout their three years of globetrotting! Back then, an old cave was what awaited the family members to welcome in Old Cairo! Then, later on, this exact cave becomes the infrastructure of Abu Serga Church!

Coming to Egypt, Marry the Virgin, hopped off her donkey with her child secured in her embrace and worked their way together toward that old cave! The cave, luckily, came with enough facilities to welcome the globetrotters back at that time! However, after three months of being away from the roaming eyes, the family was forced to change their settings and their whole strategy of hiding in fear of what was yet to come! They ended up settling in Maadi as their next short-term home! Then Abu Serga Church burned during the fire of Fustat City in the reign of Marwan II around 750 A.D! But was rebuilt various times through Medieval Times. 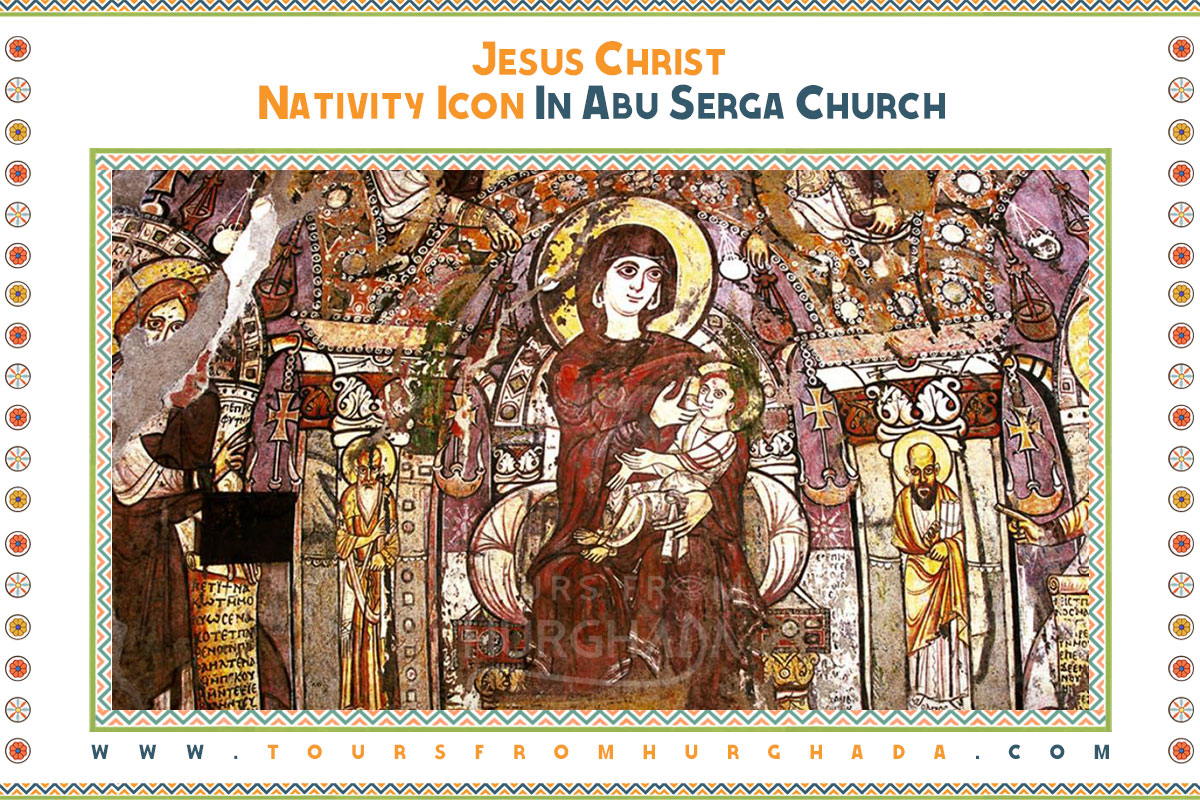 The one icon of the Christ Nativity can be found right when you step into Abu Serga Church! According to many resources of history, the icon belongs back to the eighteenth century! Included in the icon are scenes of Marry the Virgin while giving birth to baby Christ! All accompanied by painted details of the Magi, A.K.A, the noble pilgrims coming from the East, showering her with gifts!

The whole scene was set as an announcement for “The King of the Kings” being born! Jesus’ Nativity Icon is not just about Jesus Christ’s history in chronological order, further, the nativity feast has centric topics to discuss are all about the Son of God’s mysterious Incarnation! As Christ was undressed from his divine and glorious shape and, instead, was represented as a human in flesh for the world’s salvation! 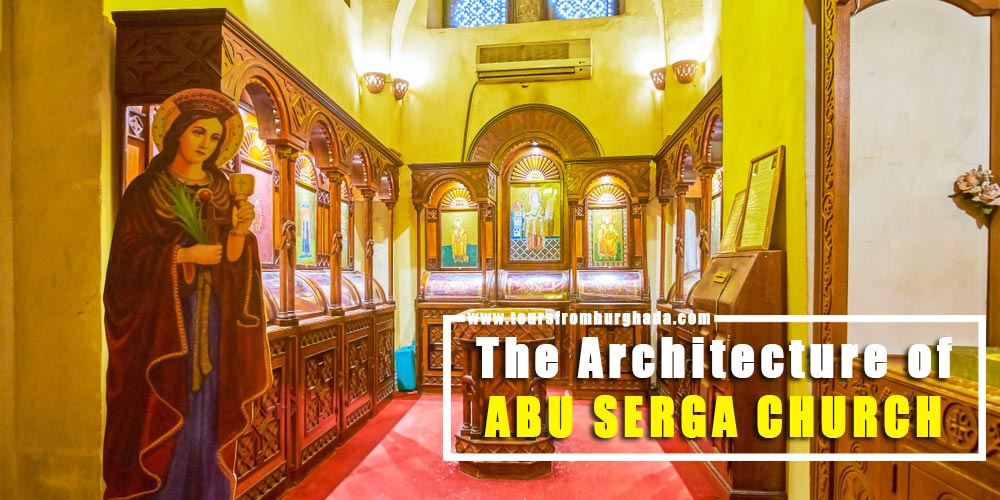 The church’s architectural design is a basilica with a narthex! It, also, contains a nave and two aisles that are separated from the nave by 12 columns with Corinthian capitals. Abu Serga Church contains three sanctuaries! Each one holds an altar and each altar has a dome that contains religious images of Christ, Angels, and four Evangelists. Further, it holds a pulpit on the Northeast side of the nave made of marble and encrusted with panels of beautiful ebony and ivory that are engraved in Abu Serga Church history in golden letters!

What Makes the Site Insanely Special?

The central sanctuary of the Abu Serga Church contains a wooden screen that dates back to the 13th century! Moreover, the icons and frieze of the church are absolutely enchanting as they date back to the 15th and 16th centuries.

The Church And Its Most Significant Chamber 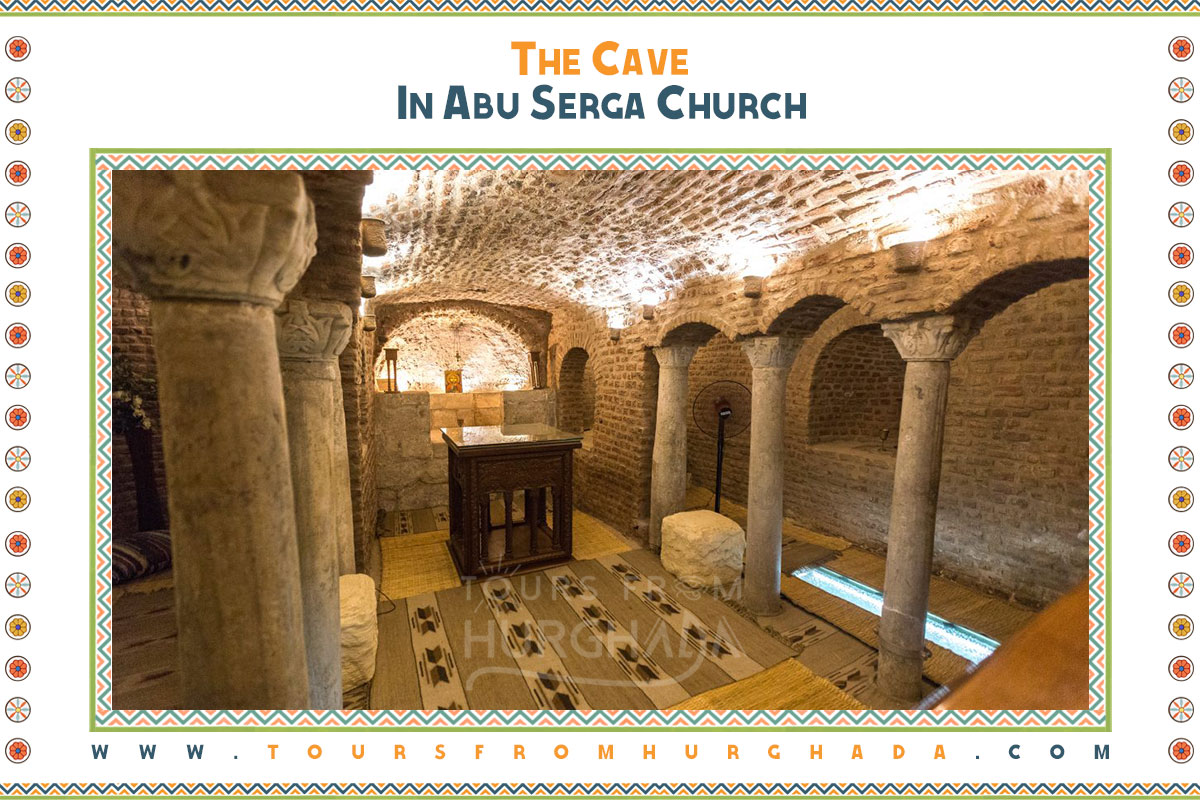 One of the most significant chambers in this church is the cave where the holy family hid during their journey across Egypt. The cave holds a nave, two aisles, a domed ceiling, and a baptistery. On the first of June, the Christian community holds a celebration on the anniversary of the holy family’s arrival in the cave of St. Sergio Church!

The Story Behind the Two Saints' Death 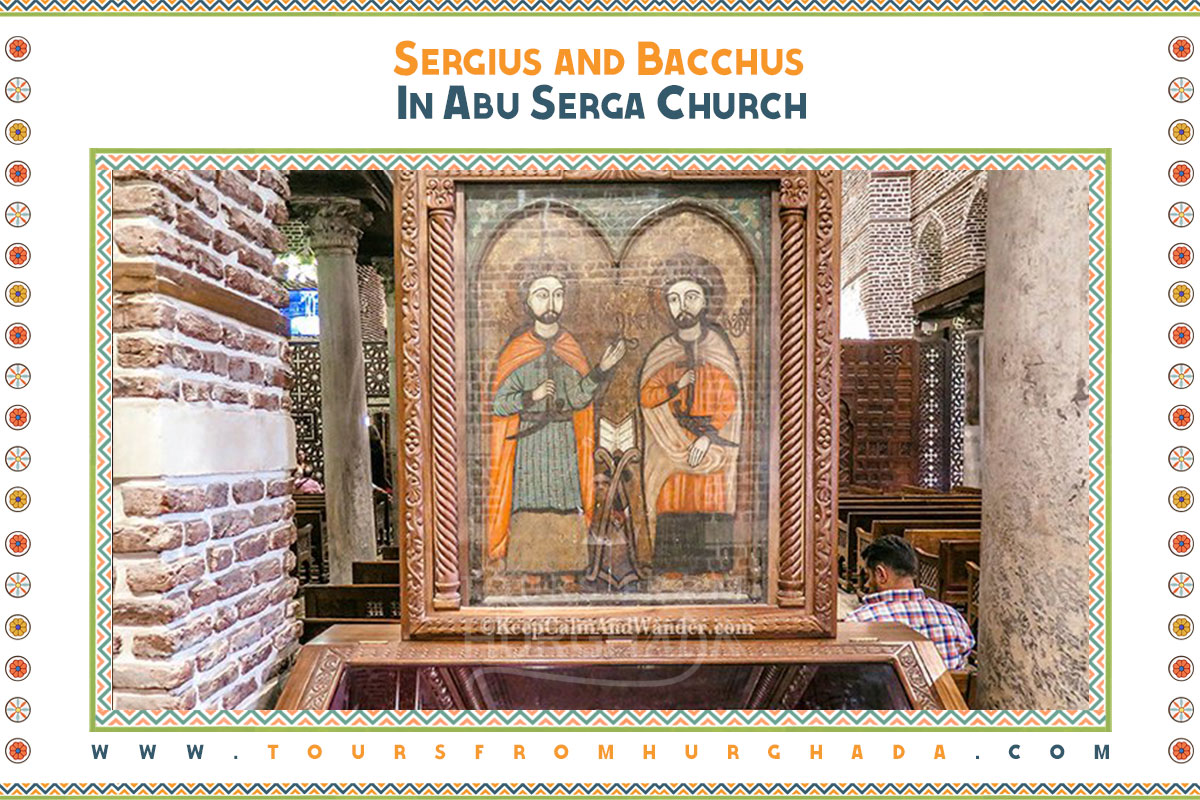 Based on the hagiographical records of Sergius and Bacchus, the two of them were a part of Galerius' army as his followers! However, the tables were turned and both were held captive at the discovery of being secret Christians! They were applied on different methods of torture that resulted in draining all their energy! They were also so impossibly punished with what went above and beyond their stamina! Shortly after, they ended up with Bacchus’ death followed by Sergius taking his last breaths before being beheaded!

Seems like they were paired together until the very end! Still alive, Sergius and Bacchus have been always together through the ups and downs during their life course, which is another thing shown in their hagiographical records! After their death, an insane number of churches with different widths and shapes were constructed in different cities! All during Late Antiquity, including Rome and Constantinople!

Tours from Hurghada travel agency has provided travelers, since 2004, with tours into the great deals of Cairo, from the Giza Pyramids complex, Khan El Khalili Bazaar, and more! However, we have never denied them a trip to Old Cairo wherein they can stroll, roam, or just have a look at the famous sites there with Abu Serga Chruch included! Book with us now a trip that’ll help with warping your head around the terrific essence of Old Cairo, be it anciently or modernly!

Bathing in our fine services, from the accommodation to the deluxe safe random to the most gifted guides and mouthwatering meals and more, also, is not a chance you’ll be offered every day, so what are you waiting for! 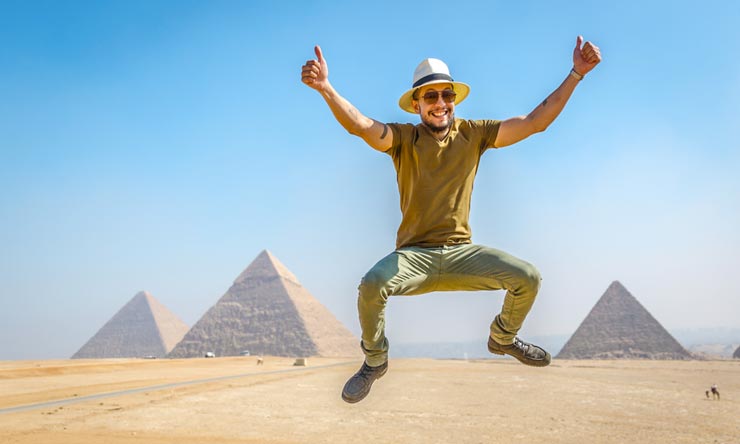 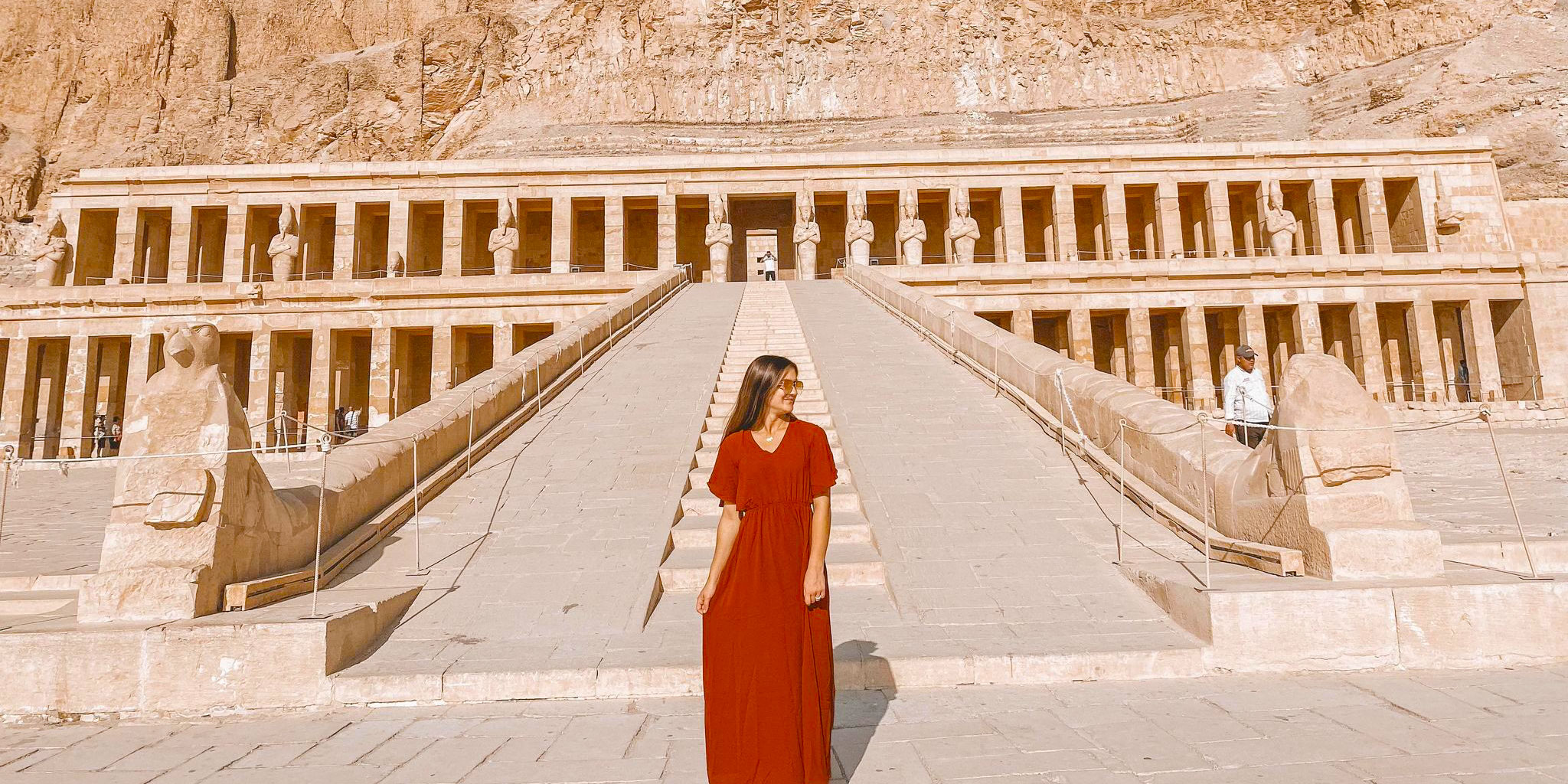 2 Days Trip From Hurghada to Luxor 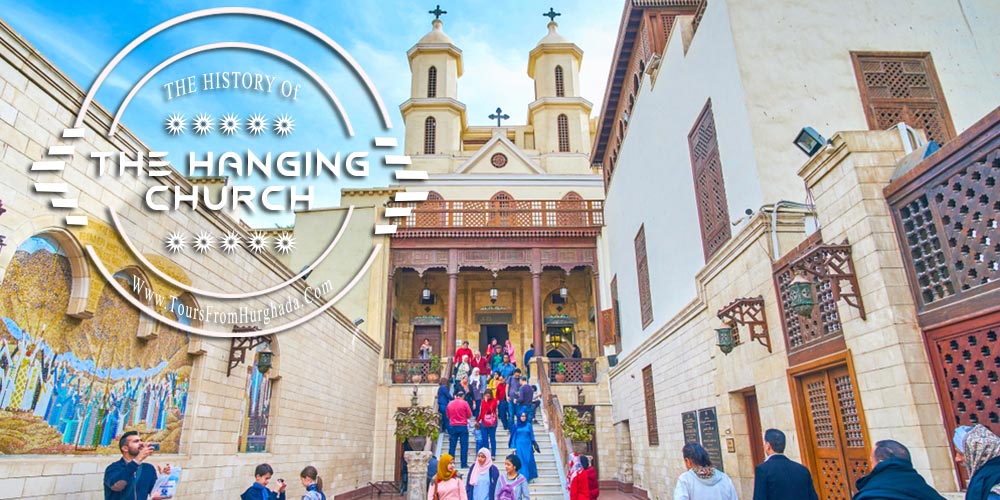 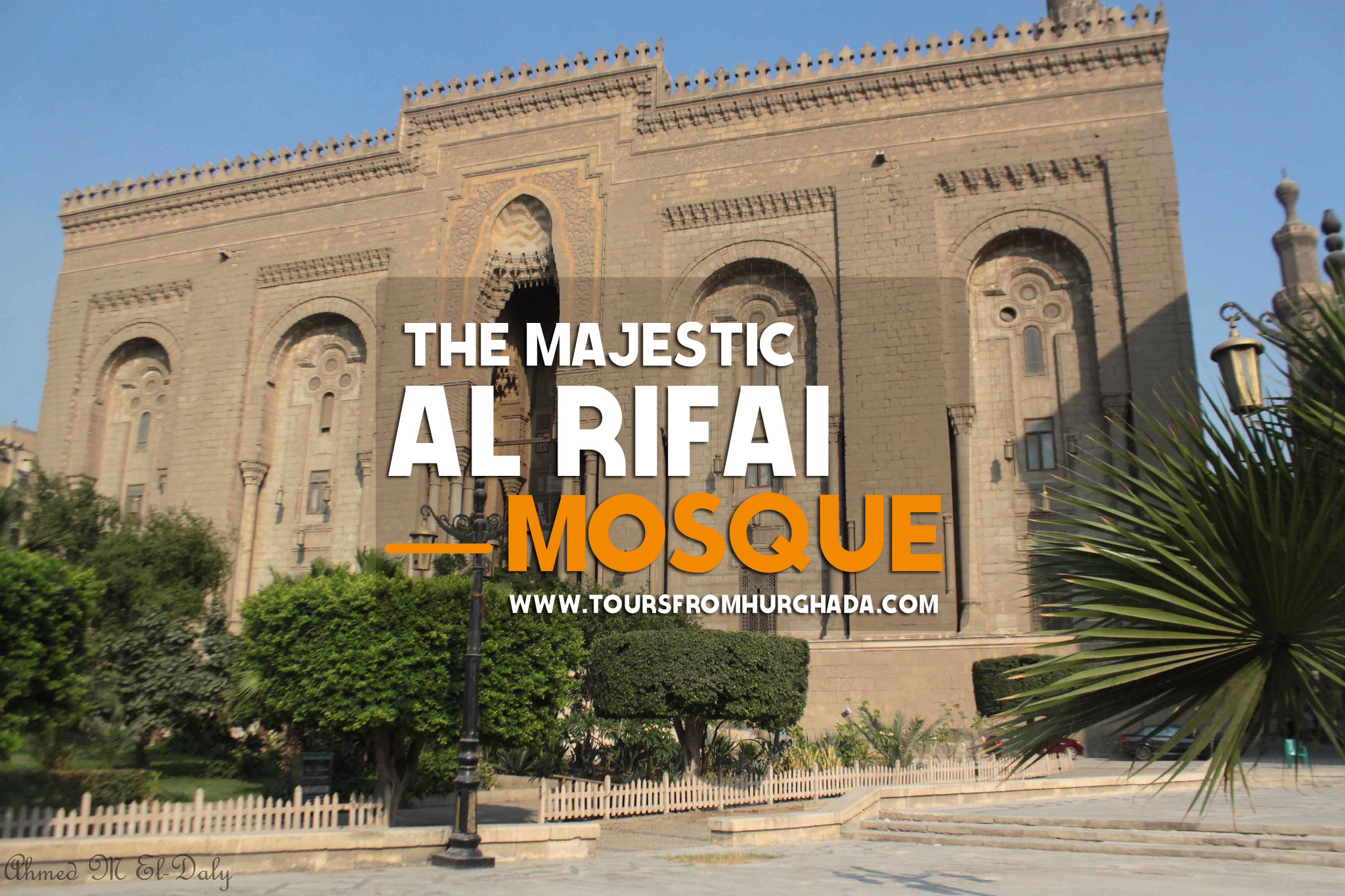